Amber Portwood and her ex Andrew Glennon’s custody battle is about to take a very nasty turn. Unfortunately, it appears that Andrew is prepping for war.  Glennon has taken it upon himself to hire the services of a high-powered attorney to represent him.

According to The Sun, Andrew knows he is in for a fight with Amber. The Teen Mom OG star and Glennon have been battling over custody of their 3-year-old son James since they split in 2019.

Portwood, 31, and Glennon, 37, split in 2019 following Portwood’s arrest for domestic violence against him. At this time Amber and Andrew share joint custody of James, with Amber permitted three unsupervised visits per week. Amber recently filed a petition to modify her visitation, requesting overnight visitation with James. Portwood claims that there is a change in circumstances that she feels warrants an adjustment to the prior custody agreement. 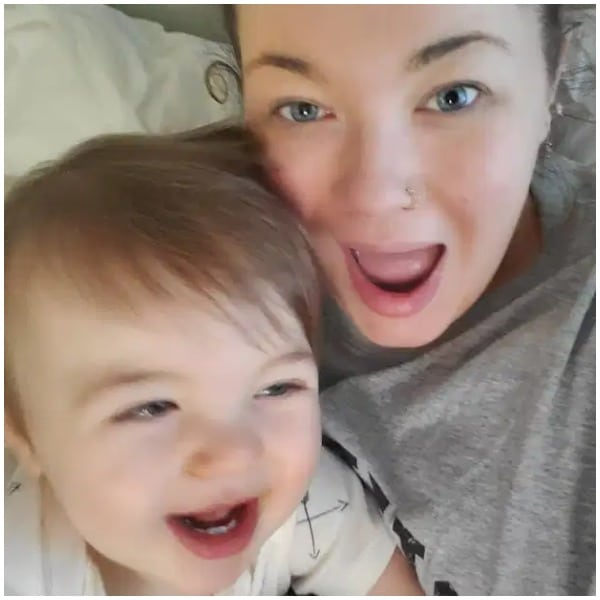 Portwood claims that since James is now 3-years old, according to Indiana Parenting Time Guides, her visitation is now to include adding overnight visits. In February, a judge ruled that Amber and Andrew resolve their parenting issues outside of the courtroom. He allowed for 60 days of mediation between the former couple. However, Glennon and Portwood’s attempts were unsuccessful.

A source with knowledge of the case reveals the last mediation between Amber and Andrew didn’t fare well for Portwood. The source claims Amber and Andrew are trying to work out the agreement, but the two cannot come to a compromisable agreement.

Now it looks as if Portwood and Glennon will settle their disagreements over their son’s custody in the courtroom. However, Amber reportedly has some ammo against Andrew, claiming he went against their agreement in December by refusing Amber to see their son over Christmas.

Amber Portwood is making positive changes to her life. The Teen Mom OG star shares that she is now attending college and doing quite well. She also reveals she is making amends with her daughter Leah, 12, with ex-Gary Shirley.

Things have not gone smoothly for Amber Portwood over the years. However, she continues to work past her many issues that have included drug abuse, mental health, and anger issues over the years.

She reveals today’s version of Amber Portwood includes putting the past behind her. Instead, she claims she is now all about focusing on a positive future for herself and her children.

Amber Portwood’s positive outlook on life is a plus. However, the mother of two admits she has a lot of hard work ahead of herself in school and repairing relationships with her children and their fathers. But she is willing to put in the work and the fight to achieve her current goals. Right now Amber claims the important thing on her mind is settling the custody war with Andrew Glennon and moving on.