As we reported last month, Jacob and Isabel Roloff are going to have a baby! The couple shared their exciting announcement via social media. Since announcing her pregnancy, Isabel has been sharing lots of cute “bumpdates” and has talked all about her baby on the way.

On her Instagram stories, Isabel gave her followers an opportunity to ask her questions. Many of the questions are about her pregnancy, naturally.

One fan wanted to know more about the baby’s name. They asked, “Do you think you chose a good name?”

In response, Isabel wrote, “We chose the name meant for our son. That’s the only way I know how to explain it. The name came almost 10 years ago and just stuck. It was simply meant to be. When people were guessing the sex of our baby before we knew, and I’d tell them the name I’ve always had they’d say, ‘oh, yep. That is who is in your belly.'”

In another post, in response to the same question, Isabel shared a screenshot of a FaceTime call with her father-in-law Matt Roloff. Matt has a huge smile on his face. Isabel captions the photo, “Grandpa Roloff’s reaction to us telling him baby’s name.” 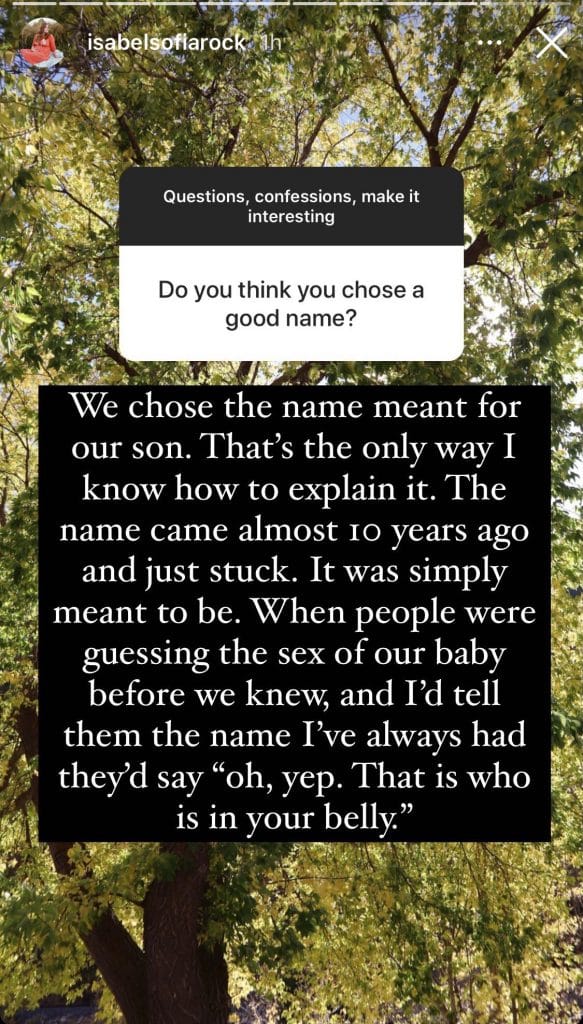 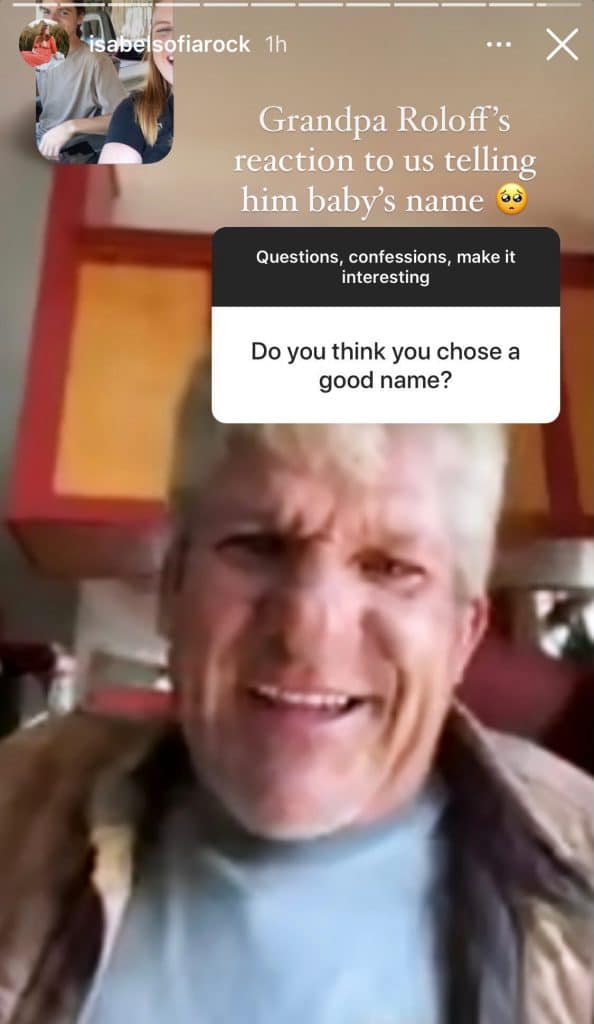 On Reddit, fans of Little People, Big World are chatting about Isabel’s recent post and trying to figure out what her baby’s name could be. Some of them think the baby could be named after someone important who Isabel has lost.

Sadly, her brother, Tomas Garreton, passed away in 2012 after a tragic train accident. In 2014, Isabel’s mom, Toni Garreton, died of breast cancer.

One fan writes, “I have a feeling they’ll be paying homage to her late mom or brother. What do y’all think?” Another adds, “Garrett definitely seems like it fits… looks like her brother passed in 2012 so the 10 year mark hint makes sense.”

Some fans think Jacob and Isabel might have chosen a nature-inspired name for their little one on the way. One fan comments, “I can see them going with something like River, Hawk etc. Something nature, hippie-ish along with a middle name tribute to her late brother/mother.” Sticking with the same theme, someone else suggests, “Scout or Paulina after the lakes near Bend.”

Isabel is a little over halfway through her pregnancy, so it won’t be long before fans get to “meet” the baby and learn his name.

So, what do you think Isabel and Jacob Roloff will name their baby? Do you have any good guesses? Let us know in the comments below.

For more updates about your favorite TLC stars, check back with TV Shows Ace.