Jenelle Evans is taking time out of her busy day to finally discipline her children. However,  it is only after several fans began slamming the former Teen Mom for ignoring their bad behavior. The Sun reports Jenelle’s kids, Ensley, 4, and Kaiser,6, were going at each other for quite a while. At the same time, Jenelle is filming her family for Instagram.

During the filming, the children are playing in the backseat of the family van. Next, while the van is in motion, according to Evans, “Ensley was knocking on Kaise’s head many times, while we all sang to Believer by Imagine Dragon.” 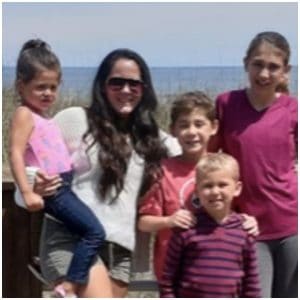 Several minutes later, in a new video, Jenelle finally turns to Ensley and says, “Guess what everyone is saying…stop hitting your brother!”

Followers soon began commenting, “She just has to film everything, doesn’t she?! Filming herself telling Ensley off is so gross.”

“Her correction is so negative too. She could have taken a minute to say something more positive like ‘I know you guys are having fun. But please use kinder hands with your brother.’

“She’s such a lazy, clueless parent! adding one mom.

Another user claims: “Only 14 comments here and she’s making a video sarcastically telling Ensley that ‘EvErYoNe says to stop hitting your brother!!’

“Imagine being 4 and being parented by the internet. Poor kids, Ensley looks ashamed and super f**king confused.”

Another commentator chiming in says, “Yet another opportunity to teach her child *anything* just pass Jenelle by…”

Kids will be kids.  However, unless they learn to express themselves differently, the issues will continue. This is not the first disciplinary problem among Jenelle’s children. In April, Jenelle Evans asks a judge for sole custody of her son Jace. Evans claims that Jace is experiencing behavioral problems. She adds the issues began while under the care of his grandma.

Jenelle reveals that Jace is losing control of his anger, and has started assaulting Barb. However, at this time, Evans’ mom Barb continues with primary physical custody of Jace. Jenelle also reveals behavioral issues with Kaiser, who she claims has been kicked out of two schools. 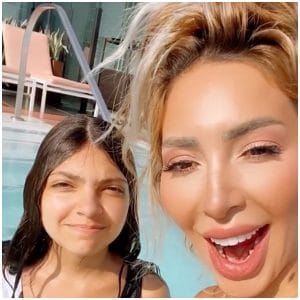 Farrah is currently under fire following her most recent video. The video sparked so much outrage on social media that #SaveSophia (Sophia,12,) became a trending topic on Friday. Many Teen Mom followers believe that Jenelle and Farrah’s biggest concerns are with money and fame rather than raising their children. Do you feel Jenelle Evans and Farrah Abraham deserve the public backlash?