Chrisley Knows Best fans are convinced that Savannah Chrisley is secretly dating Nic Kerdiles. She just doesn’t want anyone to know about it yet. The couple ended their engagement in September 2020. They claimed they were too young to get married.

Savannah also hinted that sharing their relationship on social media also played a factor. It could be the reason why she’s keeping their reunion on the down-low. Fans are convinced that the young couple is back together. They closely watched Savannah and Nic’s whereabouts lately, and they have a feeling that their rumored relationship is back on.

Chrisley Knows Best fans want them to get back together

Savannah Chrisley and Nic Kerdiles met in 2017. The hockey player and the beautiful maiden fell in love quickly. Soon enough, Nic appeared on Chrisley Knows Best. Fans fell in love with his good looks as well as his charm. The two met on Instagram when Savannah stumbled upon his profile and wanted to get to know him better.

The sassy Southerner set her sights. She slid into his DMs and the rest is history. The couple dated for less than a year before Nic proposed. The two were deep in love as they tried to make their long-distance relationship work. Once it came to the actual wedding planning, they realized they were in over their heads. 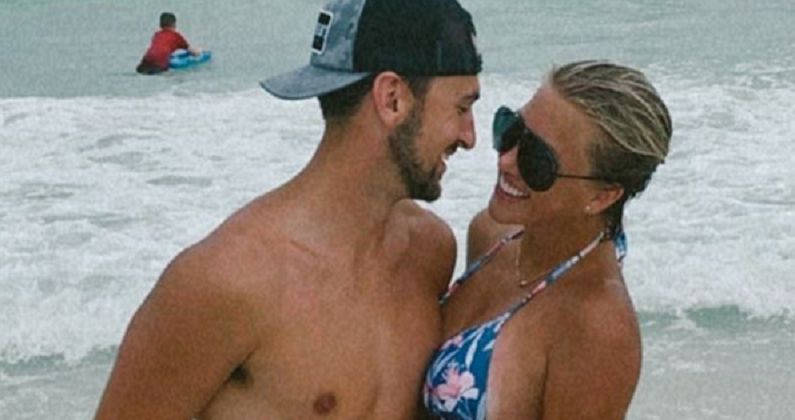 Nic and Savannah sought couple’s counseling. They felt they needed to “work” on themselves before getting married. They first called off their wedding in 2019 and continued to push it off until their split in 2020. Fans are still holding out hope for a reunion. They can’t help but notice whenever Nic flirts with Savannah on her Instagram posts.

The two haven’t really dated anyone else. Savannah claims she wants to focus on her ever-growing beauty empire. As for Nic, he hasn’t been spotted with another woman on social media. Their latest sightings have fans thinking they’re secretly dating.

Did Savannah Chrisley hang out with Nic Kerdiles?

Their latest Instagram posts have fans talking. Savannah Chrisley hasn’t confirmed the news. Still, fans noticed that the two have been spending time together. They’re just hoping that no one notices. Last week, Nic took to Instagram to post a series of photos of himself out on the deck. As shown below Savannah posted the same shark and it looks to be on the exact boat Nic is on.

On Monday, July 26, Savannah took to her Instagram Stories to share footage from a boat. Fans noticed that it’s the same boat in Nic’s Instagram post. Despite their similar posts, neither Savannah nor Nic have shared photos of each other. Fans have a feeling that the two were in the same place at the same time and it wasn’t a coincidence.

If the dating rumors are true, Savannah and Nic may keep their reunion quiet this time around. They didn’t like having their relationship in the spotlight. It’s probably for the best for the young couple. It’s also likely that Nic and Savannah are good friends since Nic is still close to her family.

What are your thoughts? Do you think Nic and Savannah are back together? Sound off below in the comments.

Fans Not Happy With Whitney Thore’s Treatment Of New Boyfriend
Everything To Know About ‘I Just Killed My Dad’ Documentary
Will Paul Greene Return To ‘When Calls The Heart’ For Season 10?
Kim Kardashian’s Ex Pete Davidson Devastated After Rejection?
‘The View’ Sunny Hostin Dissed By Whoopi Goldberg & Joy Behar?