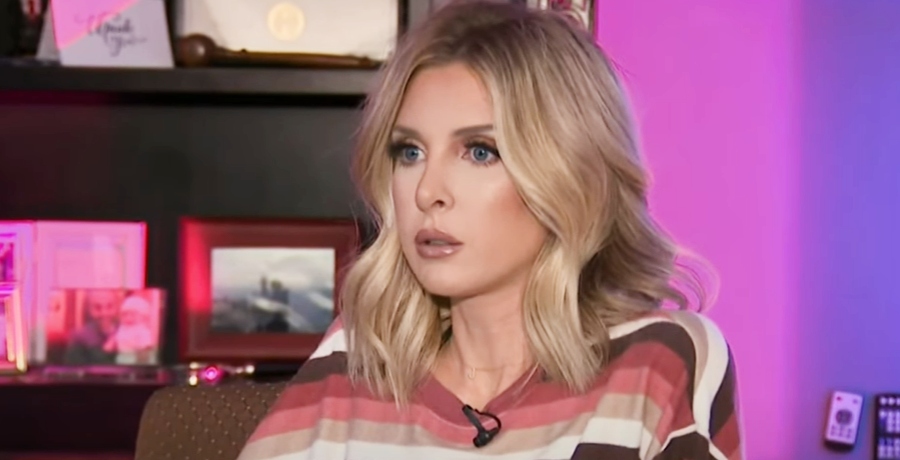 Former Chrisley Knows Best star, Lindsie Chrisley recently confirms what fans speculate all the time. Earlier today (July 27) Lindsie releases a statement on her Instagram about her divorce from Will Campbell. The couple was together (off and on) for nine years.

Todd Chrisley’s daughter, Lindsie Chrisley, shares her split from her husband of nine years on Instagram. She begins the announcement with a quote. “While one door closes, another opens.”  In the caption, she states that she is “focusing on the new beginnings ahead & a fresh space with the move this week.”

While this and many of her other posts seem cheery and optimistic in nature, this may not be entirely true of the reality television star turned influencer. That’s because she recently makes headlines for having the cops called on her. One can only assume that the stress of an impending divorce may have gotten the best of her.

According to TMZ and a man named, Austin Duriez, Lindsie was at a bar in Atlanta, Georgia. While there, she allegedly threw a glass with a drink at Austin, striking him in the head. So, Austin informs the bouncer and Lindsie is removed from the establishment. Furthermore, TMZ reports that once outside, Lindsie makes a scene and Austin decides to leave.

Shockingly, the drama doesn’t stop there. Supposedly, Austin is one of Lindsie’s little brother, Chase’s friends. Apparently, Austin considers showing Lindsie some grace because of this. However, the next day, he ends up calling the cops to report the incident.

According to Lindsie, that’s not what really went down

According to Musa, Lindsie “gestured toward Austin as if to throw the drink… and that if any liquid made contact, it was a tiny bit.” Musa describes the interaction as Lindsie (and her group) being “accosted” by Austin. Other actions are described as “harass and intimidate.” There is also mention that one of Lindsie’s friends had to “push him off her.”  In conclusion, Musa reports that Lindsie wasn’t removed, Austin was. Not only that, but Musa says he’ll “see Austin in court if it comes to that, he’s confident Lindsie will prevail.”

What do you think about the fact that the cops were called on Lindsie Chrisley? Let us know in the comment section below. Make sure to come back to TV Shows Ace for more Chrisley Knows Best news.

Tune in to USA Network on August 12 for new episodes of Chrisley Knows Best and Growing Up Chrisley.