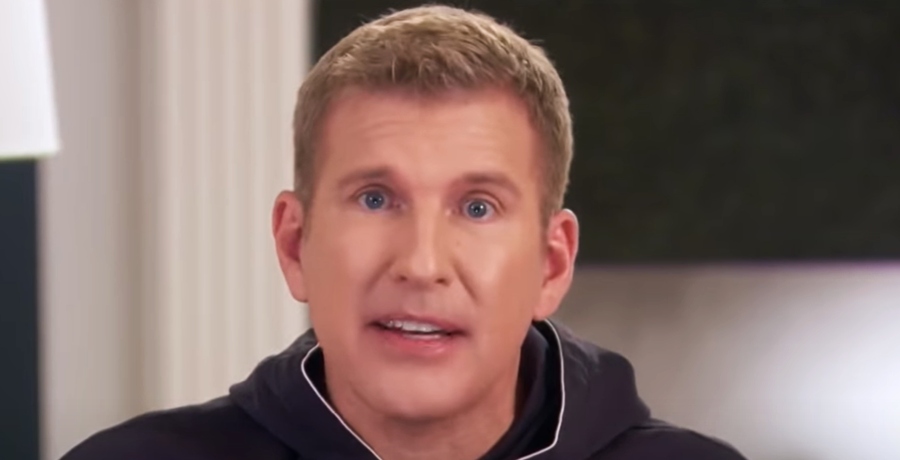 Fans often criticize how involved Chrisley Knows Best patriarch, Todd Chrisley is in his children’s lives. Many will agree that he takes things too far this time. USA Network releases a clip ahead of the upcoming season of Chrisley Knows Best on their Instagram that gives some insight into a concerning development in Todd’s meddling. According to this clip, Todd Chrisley slides into Chase’s girlfriend, Emmy Medders’ DMs. Keep reading to find out more.

However, to recap, the clip begins with Savannah and Greyson Chrisley playing cards. Savannah explains that she’s weird because she’s right-handed but does a lot of stuff left-handed. Then Greyson says, “I don’t know how to pronounce the big word they call that.” Savannah informs her little brother that it’s “ambidextrous” and the duo begins their game.

Then, it seems like things may get a little bit more interesting. Chase enters the room and asks his siblings what they’re doing. Greyson informs him that they’re playing war. However, Chase is on a mission. He wants to know why his little brother was DMing Emmy. Rightfully so, Chase proclaims that it is “so weird.” Greyson lets Chase know repeatedly that it wasn’t him, before coming clean that it was their dad, Todd.

How Todd Chrisley ends up in Emmy Medders’ Instagram DMs

In true Todd Chrisley fashion, it seems that he commandeered Greyson’s phone with the intent to communicate with Chase’s girlfriend. Chase wants to know why and asks who was there. Greyson comes clean quickly, while Savannah doesn’t seem to want to be involved. However, Greyson rats her out.

Then, Savannah explains why Todd goes through such drastic measures to communicate with Emmy. Apparently, Todd is upset that it seems like he’s the only one that hasn’t met Emmy. This seems to baffle Chase since it isn’t true. To his point, he shares that Julie hasn’t met her either. But, Greyson explains that their dad thinks that Chase is embarrassed by him. But the drama doesn’t stop there. Greyson also rats Savannah out for putting the idea in Todd’s head.

It isn’t like Chase was trying to keep Emmy a secret from his family. All of this started because Chase posts a picture of him, Emmy, and Nanny Faye. Chase feels that he doesn’t have to give Todd a heads up about Emmy, so Todd sees the photo before Chase tells him he has a girlfriend.

As Chrisley Knows Best fans now know, Emmy has met the family. Not only that, but it appears that things are going well afterward. Chase and Emmy did cause a bit of a scare when they deleted all photos of each other off of Instagram, however, by Chase’s birthday, Emmy shares a sweet post and says she loves him.

Tune in to USA Network on August 12 for new episodes of Chrisley Knows Best and Growing Up Chrisley.