Dorit Kemsley and her husband Paul “PK” Kemsley are facing problems with the IRS. According to Reality Blurb, the RHOBH star and spouse face huge tax debt and are scrambling to find ways to pay.

The Kemsleys are next in line in a growing list of the RHOBH‘s cast, who reportedly are struggling with their finances. Dorit and PK are awaiting the sale of their Los Angeles 6-bedroom farmhouse. However, the $9.5 million the pair are asking is appearing a bit too much to most. Dorit and PK recently cut the original asking price by $1.5 million in an attempt to make a quick sale. In hopes of raising cash, they have even gone as far as to make the home available to rent.

The Sun reports that the Kemsleys are in hot water. Several tax liens currently pending against them amount to $635,887 and one against PK for another $289,423. The couple is also facing several individual citations from the State of California. These include a lien against Dorit for $90,269 and another against PK for $293,222.

Dorit Kemsley and her family began listing the property in September of last year, just one year after moving in. The Kemsleys took the home off the market shortly this past April, before relisting with the lower price of $8 million or the rental option of $75,000 monthly. This is not the first time PK and Dorit have battled financial issues. However, it does appear to be the most significant amount of cash they have owed at one time. Additionally, they have undergone many lawsuits including, the Beverly Beach suits for $205,000 to a previous business partner.

Also, in 2019, skated by a sports betting case against a collection agency that claimed PK owed $75,000 to a sports gambling firm. PK won the suit because it was past the statute of limitations. RHOBH fans will recall the 2019 drama between Camille Grammer and Dorit Kemsley when Camille suggested that she knew PK owes “someone” a large amount of money.

How will RHOBH wives, Dorit, Erika, and Rinna handle their money problems? 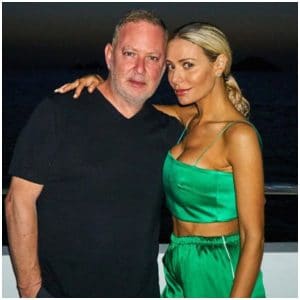 Dorit’s money issues have come to light just weeks after Erika Jayne’s divorce news. Jayne is being accused of bailing on her marriage to save herself while Tom undergoes numerous lawsuits for embezzlement.  As previously reported, Lisa Rinna is also currently facing a $1.2 million lawsuit for copyright infringement. It is an absolute mess for these Beverly Hills wives lately.

Could this be the beginning of the end for housewives Dorit Kemsley, Erika Jayne, and Lisa Rinna in Beverly Hills? Or will Bravo use the wives’ money problems and legal issues to build drama-filled storylines for the ladies in upcoming seasons?

The Real Housewives of Beverly Hills Season 11 airs Wednesdays at 8/7c on Bravo.