A new Big Brother baby has just been born! Wondering who gave birth? Interested in seeing the first picture? Keep reading, we’ve got the scoop on this exciting baby news!

Just 27 weeks ago, Victor Arroyo and Nicole Franzel took to Instagram with a big announcement. They were expecting their first child together.

“Nic + Vic = our lil’ side kick. We are SO excited to announce that we are PREGNANT! We feel so blessed & grateful,” Nicole exclaimed in her Instagram post. From that moment on, she began to flood her feed with baby bump posts.

Less than 24 hours ago, Nicole posted what she assumed might be her very last baby bump picture on Instagram. The post came with a very long and very emotional message. Turns out, she had a lot of mixed feelings as she headed toward the end of her pregnancy.

So many emotions as I hit the end of my first pregnancy. First off—delivering a baby feels anything but casual. So crazy how we were born for this, yet I have to talk myself out of freaking out daily these days.”

She continued: “All I know is my life is about to change forever & I have no idea how to even prepare for it!! I’m super excited, mostly nervous and I’ve never felt like this before. So much unknown. Usually I can visualize most things but I have no idea what to expect & I realize I won’t get it until he’s in my arms. Then I truly think everything will fall into place.”

The nervous and excited mother ended her post asking her Instagram followers and Big Brother fans for advice on breastfeeding.

At Nicole Franzel’s request, Victor Arroyo took over her Instagram account to confirm they had given birth to a beautiful baby boy. This came just hours after Nicole took to Instagram to share a funny video of Victor scrambling to get ready to go to the hospital. 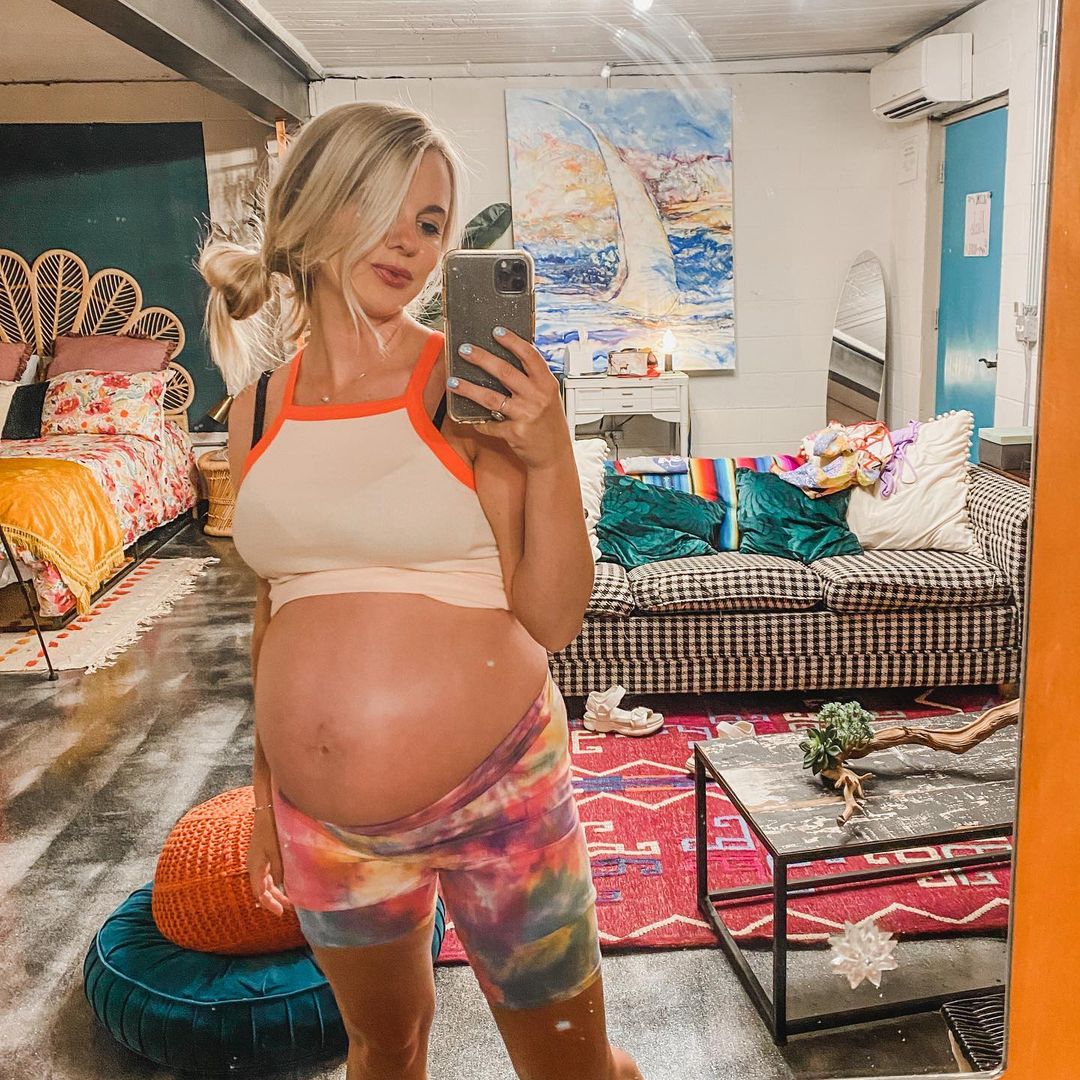 Less than an hour ago, Victor posted a photo on Nicole’s account of Nicole holding hands with their new baby boy. Victor explained that Nicole considered it important to update Big Brother fans on the birth of the new baby. The post also included many birth details.

Today was absolutely amazing & perfect. Arrow (Baby Vic) was born at 8:01am this morning weighing 6lbs 15oz and measuring 20 inches via cesarean. He and Nicole are both healthy and doing great. They are currently cuddling & he latched immediately!!”

Victor continued: “We are taking our skin to skin time super seriously and we haven’t put him down, we are fighting over him actually. Anyways when I was changing his first poopy diaper I caught this photo of them two. SO GRATEFUL & BLESSED. We are so so excited & can’t wait to share him with the world!”

The joy Victor Arroyo is experiencing as he became a new father is oozing out of the Instagram post. Big Brother fans were thrilled to learn about the new baby boy. And, unsurprisingly, they were happy to offer breastfeeding advice. Here’s some of what fans had to say in the comments

Did you know Victor Arroyo and Nicole Franzel were expecting? Are you excited to learn of this Big Brother baby? Do you think they will share a full picture of the baby with us soon? Share your thoughts with us in the comments down below. And, keep coming back for the latest Big Brother news.