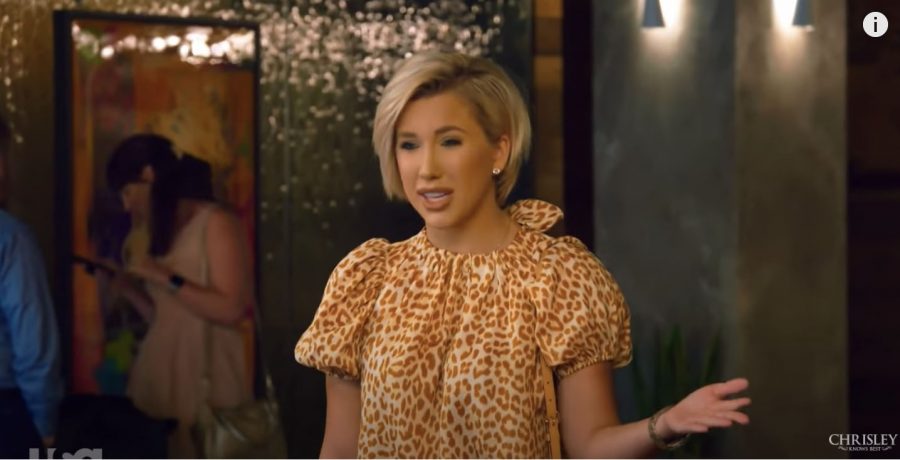 Chrisley Knows Best followers don’t seem too keen on Savannah Chrisley’s look and some even imply that she’s had something done to her face. Savannah seems to handle critics well, however, do these followers take it too far? Keep reading to find out what people are saying about Growing Up Chrisley co-star Savannah Chrisley and her face.

Recently, Chrisley Knows Best star, Savannah Chrisley takes to Instagram to share some short video clips. While her followers are beginning to say that she shares too many selfies, this isn’t without cause. Savannah’s successful cosmetics line, Sassy by Savannah is releasing new products. So, this post is more of a marketing/advertising ploy, not something she shares out of vanity.

The trolls have been honing in on Savannah a lot lately. Recently, Savannah joins ex (or current?) boyfriend, Nic Kerdiles and her brother, Chase Chrisley on a deep-sea fishing excursion. While out to sea, they catch a shark and Savannah shares a picture of the catch on her Instagram. While the photo is no longer on her profile, you can see it below along with the photo she shares in its place.

When the trolls couldn’t be negative about that post, they decide to shift their focus to Savannah’s appearance. A lot of the comments mirror the sentiment that she is a great role model, however, she is “giving young girls false hopes and unrealistic expectations.”

What do people have to say about Savannah Chrisley and her face now?

Now, all of that shade from the trolls just moves on to her latest Instagram post. Samuel Jack’s “Feels Like Summer” plays while Savannah plays with her new Sassy by Savannah bronzers. Some of the comments make snide remarks about how dark Savannah’s makeup is. However, the young entrepreneur handles the comment well. Savannah responds with, “hahah I’ll take this as a compliment! You’re gorgeous!” The original commenter confirms that it is a compliment.

Then, like a broken record, the critics make negative remarks about Savannah’s face. One of the comments really strikes a chord with Savannah’s fans. The comment reads, “What plastic surgery did you have done to your face—-you were so beautiful before !!!” And, this really sets of Savannah’s fans. One of them defends her honor with their comment. See the screenshot below.

What do you think about Savannah Chrisley and her face? Let us know your thoughts in the comment section below. Come back to TV Shows Ace for more Chrisley Knows Best news.