Below Deck Med star Malia White sparked engagement rumors on social media. The yachtie revealed that she made a new furry friend. However, fans couldn’t help but notice the ring on that finger. On the sixth season of the show, Malia shared that she’s now single.

She just broke up with her previous boyfriend, Chef Tom Checketts, after filming Season 5 together. She hinted that she’s way too good for him, but didn’t want to get into too many details. Malia previously hinted on social media that he cheated on her. So far, she hasn’t had her eye on any of the crew members in the new season, but that could change if deckhand David Pascoe’s dreams come true.

On Monday, July 19, Malia White took to her Instagram Stories to share an adorable clip. She filmed herself meeting a sweet little kitten. Malia was in the park when a stranger asked her to watch their little friend for a few minutes. The bosun revealed that it was the highlight of her night.

“When a stranger in the park asks you to watch their kitten for a minute…” Malia wrote in the caption. “Little did she know she made my whole night.” 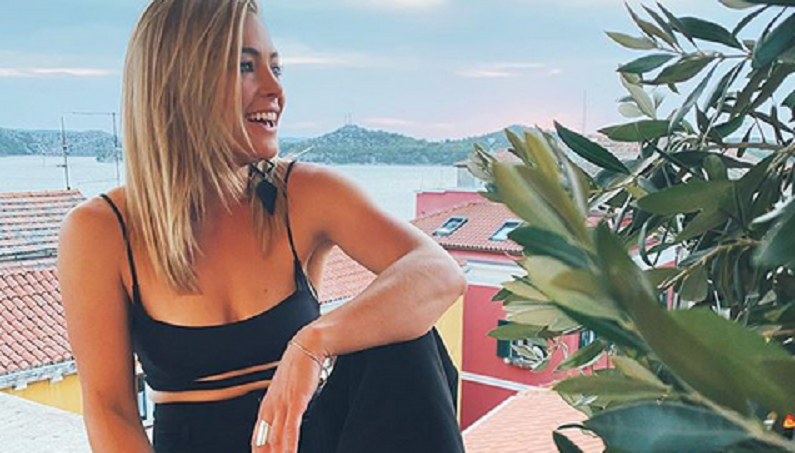 She ended her message with a cat and red heart emojis. In the clip, Malia wore a navy blue dress with white stripes. She also had on a gold bracelet and a ring on that finger. Malia’s Instagram Story led some fans to wonder if she’s engaged. On the new season of Below Deck Med, she makes it clear that she’s not about that married life.

On a recent episode of Below Deck Med, Malia White revealed that Tom did cheat on her. She first announced their split in September 2020 while filming the new season. At the time, the blonde beauty did not reveal the exact reason behind their split. She only posted memes that poked fun at his lack of commitment.

Malia made it clear that she does not forgive Tom for what he did to her. She also revealed that he still reaches out to her. During the previous episode, she remarked that she “hates” her ex-boyfriend. Tom texted Malia, asking her to take him back but she refused.

“There’s plenty of fish in the sea, and ones that don’t sleep with other fishies,” Malia joked during her confessional interview.

Fans remember when Tom came to visit Malia during Below Deck Med Season 5. He ended up as the new yacht chef after Chef Hindrigo “Kiko” Lorran was fired. This put a strain on their relationship as Tom’s temper got him in trouble with Captain Sandy Yawn and the rest of the crew. What was the last straw is that he wasn’t faithful to her.

Yachtie saw a future with Tom

When they still were dating, Malia White appeared on Watch What Happens Live with Andy Cohen. She admitted that she saw a future with him even if that future didn’t involve marriage. She also revealed working together put a strain on their relationship. Although they were serious about each other, she felt it was too fast, too soon.

Malia is doing well these days. She’s recovering quickly from her scooter crash. The yachtie also grabbed a cappuccino, which she shared in a separate Instagram Story – this time without a ring. However, it’s hard to tell with the way her hand is holding the cup.

Fans want to know if Malia and David will hook up this season. He’s made it clear that he has a crush on his boss even if it’s wrong. And she seems pleased with seeing his naked bum in the preview for the next episode. However, Malia is keeping quiet about her love life on social media. Maybe she just wants to focus on working and exploring the world.

Fans will have to keep watching to see what happens. Below Deck Med airs Mondays at 9 p.m. ET on Bravo.