Who was Jimmy Lee Holt, anyway?

General Hospital spoilers have teased the identity reveal of Austin this week and it finally happened as actor Roger Howarth stepped into his new role months ago his true identity is finally out. GH viewers finally have answers as Austin revealed his full name to be Austin Gatlin Holt. Longtime viewers of General Hospital began to reminisce as this isn’t the first time we’ve heard of Jimmy Lee Holt. Unsurprisingly, viewers with foggy memories or those who are newer to watching the show became desperate for answers.

Just who is Jimmy Lee Holt? What kind of history does he have on GH? Keep reading if you are interested in the details, background, and history of Jimmy Lee Holt on General Hospital.

Steve Bond had a three-year run from January of 1983 to December of 1986 on the set of General Hospital. He played the role of a character named Jimmy Lee Holt. The question is: what did things look like the last time Jimmy was in Port Charles?

Jimmy Lee Holt moved from Indiana to Port Charles. His mother, Beatrice LeSeur, eventually joined him. When this happened, he learned he was the illegitimate son of Edward Quartermaine. Tragedy struck when his mother overdosed on heart medication belonging to Lila Quartermaine.

Jimmy Lee received $20 million in hush money. He proceeded to team up with Heather Webber so he could pursue custody of Jason Quartermaine. At the time, viewers knew Jimmy was also going after Jason’s trust fund. The plan, however, fell apart when Monica Quartermaine provided shelter for Jason.

His character also struggled with love

Jimmy got bit by a love bug when Celia Quartermaine moved to town. Unfortunately, the trust was short-lived when Celia decided she liked Grant Putnam’s company more. Jimmy, however, was a bit of a sore loser. So, he attempted to kidnap Celia to prevent her from leaving him for Grant. Again, his plans failed. So, he turned his attention to Monica’s cousin named Lorena Sharp. Unfortunately, Lorena also ended up picking another man. 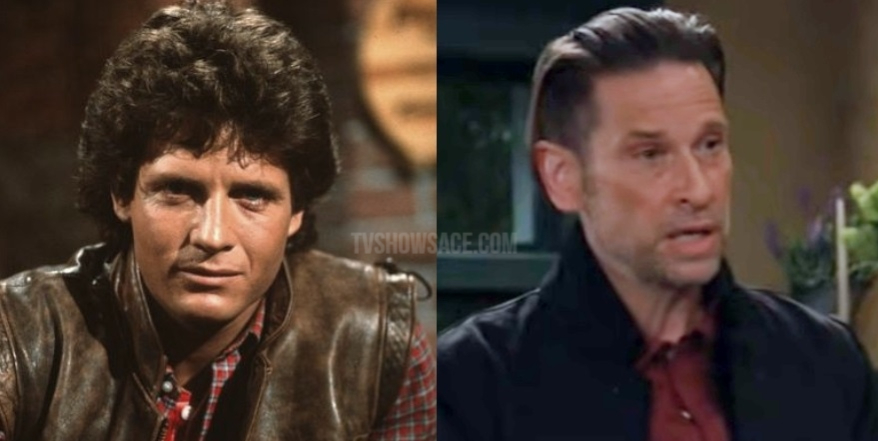 The story and history comes full circle with Austin

Temporarily the Quartermaines struggled with finances as they went bankrupt. This forced Jimmy Lee and his family to rent rooms. The rooms were located over Kelly’s Dinner. It wasn’t long before they returned to their mansion. Jimmy Lee Holt ended up reconnecting with Celia. Was Grant trying to kill her? Possibly.

Jimmy and Celia get engaged as their romance grew. Grant, however, plotted a plan to get Celia back. In 1986, life got difficult for Jimmy Lee Holt. Celia ended up leaving him and Port Charles altogether. He, however, married a woman named Charity Gatlin. They moved to Pautak, NY. Jimmy, unfortunately, did NOT get any inheritance money when Edward passed away back in 2012.

Just recently, however, the story has come full circle as GH viewers learn Austin Gatlin-Holt is actually the son of Charity and Jimmy Lee.

So, do you remember Jimmy Lee Holt? Did you know of his history with General Hospital? Are you excited to see what his son, Austin, brings to the storyline? Share your thoughts with us in the comments. And, keep coming back for the latest on General Hospital.