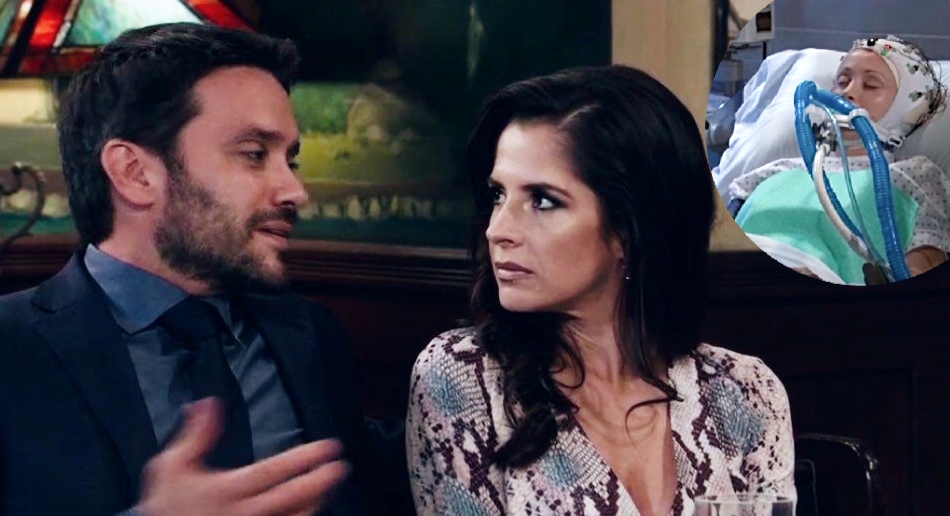 General Hospital spoilers have reported a surprise return to Port Charles is coming. Could that surprise be Emme Rylan or a recast of Lulu Spencer Falconeri bringing Dante Falconeri’s (Dominic Zamprogna) wife back? Typically soaps love to bring spouses back from the dead as the other half moves on and is finally happy. That is what the daytime drama fans live for. So why not throw a wrench in the gears with a Sam McCall (Kelly Monaco) and Dante matchup while coma patient Lulu finally wakes up?

Things are moving fast in Samantha McCall and Dante’s relationship. In fact, the pair recently shared a steamy kiss. With both Sam and Dante being available, romance is certainly possible. Sam is no longer married to Jason Morgan (Steve Burton).  Why not move on she is newly single and Dante divorced Lulu to keep her safe from his enemies.

Will The Past Hurt Sam And Dante’s Future?

It appears that Sam and Jason are over. While Sam seemed to pine away for her ex, he moved on rather quickly. As indicated by his fling with Britt Westbourne (Kelly Thiebaud). Certainly, his impending nuptials with Carly Corinthos (Laura Wright)  is the final straw. Hence Sam’s emotional lip-lock with Dante.

Dante divorced Lulu for her safety. Sadly Lulu was a victim in the bombing of The Floating Rib. She appeared to be okay at first. Then she decided to let Dante know she still loved him. Unfortunately, her injuries caused her to collapse as she started to tell him but she did manage to mouth the words. Lulu has been in a coma ever since. Dante was devastated. Will Sam be the one to help him move on or with Lulu waking up change everything?

Will Lulu Spencer Return To Port Charles On General Hospital?

In true General Hospital fashion, Lulu will recover. When she does what impact will that have on Sam and Dante’s new union?

Even though Sam ran off after kissing Dante, it does not mean their relationship will not grow. They may be headed for a serious relationship. Given that this is brand new territory for Sam and Dante, it may take a while to reach that point. However, daytime won’t let the viewers down Lulu will mostly likely appear just as they declare their commitment.

Will Dante Be Forced To Choose?

The GH powers that be put characters in comas to keep the character open for a return. The Spencers are a legacy family so putting Lulu in a coma makes her return certain. What will Dante do when the love of his life comes back? Lulu’s return would not only affect the new couple but others as well. Dante and Sam are both filling deep voids in their hearts. The money says he will go back to his wife and Sam will have yet another broken heart. Who can contend with Lulu’s final scene with Dante? Fans will remember the epic scene of Lulu mouthing her final words “I love You” to Dante as she dropped and went into the coma.

Come back to TVShowsace.com often for GH news and updates.