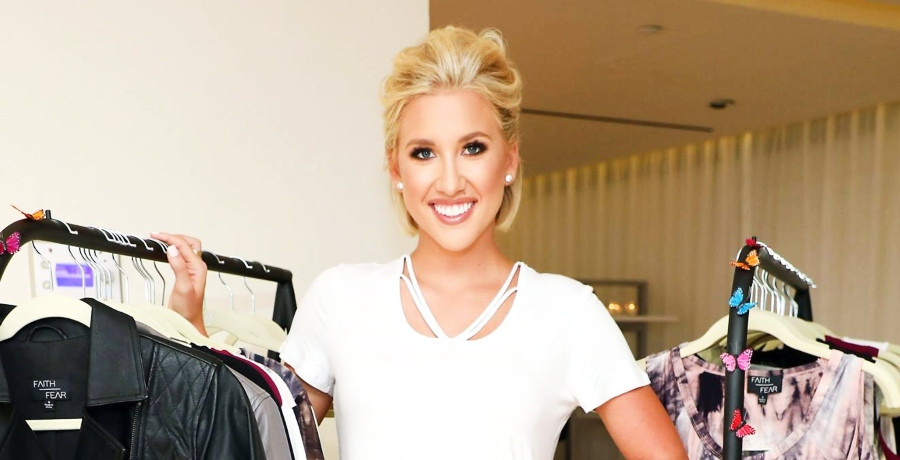 Savannah Chrisley is sizzling in her latest Instagram post. The Chrisley Knows Best star posted a new clip on the social media app. She’s reminding fans what she looks like with beautiful long, blonde hair. She also kindly reminded them how much they hated her short hair.

In May 2021, Savannah shocked fans when she chopped off her blonde locks. She debuted her pixie for the world to see. The reality star explained that she had to undo the damage that was done. Since then, she’s confidently rocked the look as her hair grew back in. Check out the post for yourself below.

On Friday, July 9, Savannah Chrisley posted a hot new clip on Instagram. It wasn’t a behind-the-scenes look at her upcoming Sassy by Savannah campaign nor was it for a photoshoot. In fact, the TV star created this hot new look with her new Sassy by Savannah Brush Kit. This collection offers a full-face look that covers all the bases, including the lips and eyes.

Savannah absolutely glowed in the short clip. The bronzed beauty wore a white dress that featured red roses. Her cleavage was on full display in the form-fitting outfit. Savannah accessorized her look with a high ponytail and gold hoops. Fans could tell that she was happy to have long hair back, even if it’s just with the help of extensions.

She coyly reminded fans when they hated her short hair without having to say anything at all. In her Instagram post, she promoted her new Sassy by Savannah collection. She also asked fans to name the next collection. However, most of them were focused on her hot new look.

Most of them were in awe of her beauty. They agreed that she looks better with longer locks. Others wanted to get their hands on this look. They wanted to look like the gorgeous television personality.

Savannah Chrisley amassed over 33,000 likes for this post. Her fans and followers took to the post to share their thoughts. Victoria Paul commented, “yesss.” One fan wrote, “So pretty with long hair,” while another added, “Long hair wow!!!!!! Love it on u.” Most of them couldn’t stop raving about Savannah’s long lengths.

One user wanted to know where she got her hot little dress. “Love it! Where’s the outfit from??” one wrote, while another added, “Where is your outfit from??” Unfortunately, for fans, Savannah didn’t credit anyone else for her sexy look. She only gave herself credit for her contouring skills.

One fan announced that it’s officially “Hot Girl Summer.” As fans know, Savannah is currently single. She ended her engagement with Nic Kerdiles. The former couple claimed that they rushed too fast. Now, Savannah is focused on growing her beauty empire.

What are your thoughts? Do you think Savannah looks better with longer hair or shorter hair? Sound off below in the comments. Check back with TV Shows Ace for more news on Savannah Chrisley.