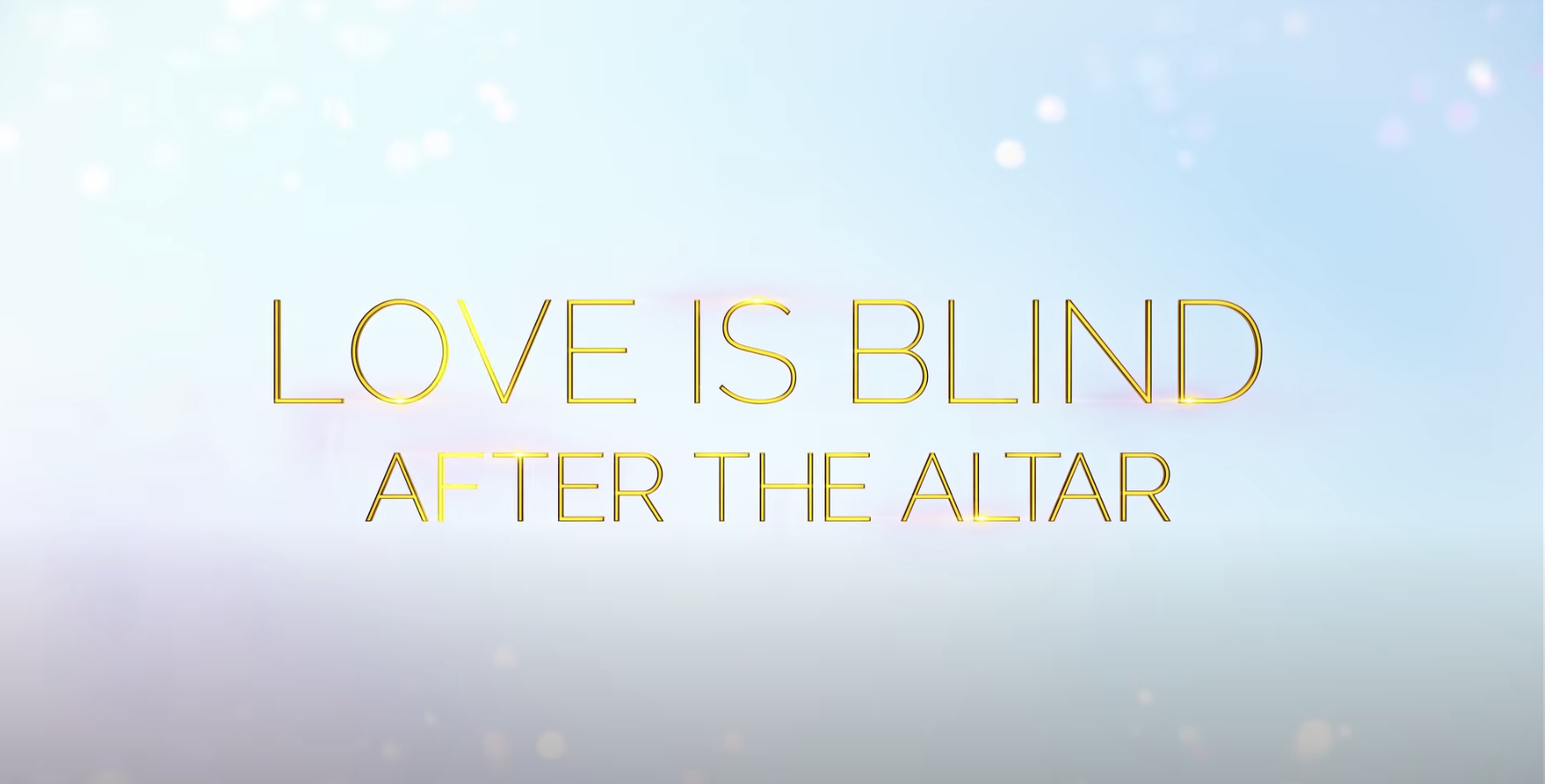 Love is Blind spinoff, Love is Blind: After the Altar has a release date. Recently, many members of the Season 1 cast take to their social media to share the news. Keep reading to find out more about the release date and what to expect from the spinoff of the Netflix dating show.

If You Haven’t Binged Love is Blind, Don’t Read This: SPOILERS.

Couples that are still together…maybe.

Out of all the couples to participate in Love is Blind, only two pairs are still together. Cameron Hamilton and Lauren Speed regularly document their life on YouTube and social media.

Next, Matt Barnett and Amber Pike are still together. Notably, they were probably one of the most dramatic couples.  Netflix portrays Barnett as a playboy for dating three women in the “pods.” In the reunion special, Pike admits that she almost calls it quits with Barnett.

While Giannina Gibelli and Damian Powers didn’t get married, at the time of the Love is Blind reunion special they were still together. However, if their social media is any indication of the status of their relationship, that doesn’t seem to be the case anymore.

Couples that aren’t together anymore.

Throughout the social experiment, one of the couples that seem like a sure thing is Kenny Barnes and Kelly Chase. Not only do they get engaged by unconventional means, but they also openly abstain from having intimate relations. However, the closer Chase gets to walking down the aisle, the more doubt arises. Apparently, there are no hard feelings, because when they get to the reunion special, Barnes reveals that he is already in a relationship.

Part of the Barnett drama is Mark Cuevas and Jessica Batten. Batten is originally part of a Barnett love rectangle. While she still has feelings for Barnett, she accepts Cuevas’ proposal. However, by the time Batten walks down the aisle, she says “I don’t.”

Probably the shortest relationship of Season 1 of Love is Blind is Carl Morton and Diamond Jack. This is because, while on their Mexican vacation, Morton shares that he is bi-sexual. At this point, Jack decides to go home.

Love is Blind: After the Altar release date and more

Batten shares that the new series drops in three weeks, on July 28th. Prior to concluding her post with hashtags, Batten writes “Hindsight 2020”. One of the hashtags that several of the cast members are using is #podsquad.

According to Deadline, Love is Blind: After the Altar is a three-episode reunion special for the Season 1 cast. The article confirms that Amber Pike, Matt Barnett, Lauren Speed, and Cameron Hamilton will definitely be a part of the show. Additionally, they mention that Carlton Moron and Kenny Barnes make an appearance. Notably, the trailer for the show has Kelly Chase, Gianninna Gibelli, Jessica Batten, Damian Powers, and Diamond Jack. However, there is no initial sighting of Mark Cuevas.

Are you going to tune into Love is Blind: After the Altar on Netflix? Are you excited for life updates from the Season 1 cast? Let us know in the comment section below. Make sure to come back to TV Shows Ace for more Netflix news.