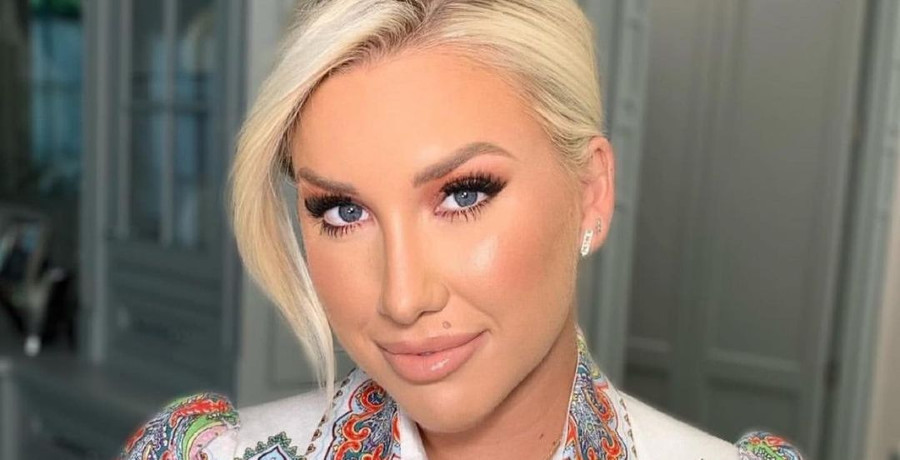 In recent days, Savannah Chrisley heated up social media with her latest video. It was so hot that she had to spritz herself down. The Chrisley Knows Best star took to Instagram to share a behind-the-scenes look at her new ad. The beauty maven is expanding her brand.

In November 2020, Savannah launched her cosmetics company, Sassy by Savannah. It successfully sold out online within hours. Since then, fans have been begging the reality star to introduce more products. Savannah’s empire continues to grow as she teased her new fragrance line.

Read on to learn more and check out the video for yourself.

Chrisley Knows Best star cools herself down with new fragrance

On Friday, July 2, Savannah Chrisley posted a hot new video to her Instagram feed. She shared a clip of an ad for her forthcoming fragrance line. In the video, Savannah glows in a baby blue one-sleeve blouse. She sizzles up the camera as she spritzes herself with one of her fragrances. She has fans guessing which one she’s wearing.

In the caption, Savannah announced her new Sassy by Savannah Fragrance collection, which includes “Dreaming Out Loud,” “Fearless Love,” and “Sweetest Revenge.” By the look of Savannah’s face in the clip, it looks like she may be seeking some revenge. She gives a devilish smile as she spritzes the perfume all over her tanned body.

Take note of the song that’s playing in the clip. The singer talks about how she doesn’t need a man. As fans know, Savannah ended her engagement with Nic Kerdiles. She took a break from dating to focus on her ever-growing empire. The reality star is proving that she doesn’t need a man to make her happy. She’s happy with just focusing on her beauty brand.

“Who’s ready for the launch of @sassybysavannah fragrances?!” Savannah wrote in the caption. “I KNOW I AM.”

Savannah received a lot of praise for the hot clip. Some fans are still fanning themselves. Most of them flocked to the post to exclaim their excitement over her upcoming fragrances. They can’t wait to smell like the USA Network star herself.

The Sassy By Savannah Chrisley Instagram account was the first to comment with the fire, clapping, and red heart emojis. Candace Marino, also known as the L.A. Facialist, commented that she’s “excited” about the launch. Previously, Savannah shared some of her skincare routine, most of which she got from working with the esthetician.

Savannah’s fans and followers posted fire emojis, commenting on the hot post itself. Most of them can’t wait for the release of these fragrances. Fans begged the television personality to offer more products such as makeup brushes and foundation with a wider variety of shades. Savannah is taking over the beauty world and her followers can’t wait to see what happens next.

Check back with TV Shows Ace for more news on Savannah Chrisley.