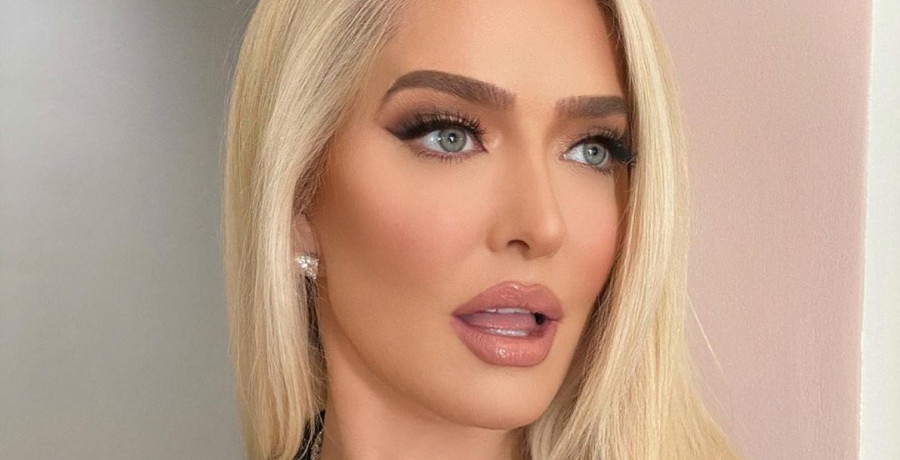 The embezzlement drama has not stopped Erika Jayne from living large. She already went all out for her 50th birthday. The Real Housewives of Beverly Hills co-star got a private plane to commemorate the celebration. Of course, she faced even more online hate.

This comes amid her ongoing embezzlement lawsuit. People accused Erika and her husband Thomas Girardi are accused of using the settlement money to fund their lavish lifestyles. A judge ordered Erika to hand over her financial records to prove how much it costs to be like the “XXPensive” singer. The reality star is reportedly nervous about losing her money.

Per People, Erika Jayne boarded a private jet on Friday, July 1. The television personality wanted to celebrate her 50th birthday. She wore a pink bomber jacket and a matching blouse. Erika paired the look with white pants and black high-top sneakers. The blonde beauty carried a black leather tote bag as she headed up the stairs of the plane.

This comes after her embezzlement case continues to play out in the media. Just days ago, a judge ordered Erika’s accountant, divorce attorney, and landlord to hand over her financial records as part of her estranged husband Thomas Girardi’s bankruptcy case. She’s been accused of using her “glam” lifestyle to cover up her assets.

The Dailly Mail was the first to publish the photos of Erika heading into the luxury liner. RHOBH fans took to Reddit to attack the pop star. Some of them called her “shameless” and “selfish” for choosing to live the luxe life amid the settlement drama. According to the fans, Erika should lay low and stop spending money during this time.

They agree that it’s not a good look to carry on with this “glam” lifestyle. Others have a feeling that Erika doesn’t feel guilty about the case. They went on to call her “human garbage” and “a disgusting, narcissistic piece of s***.” This comes after Erika shared a controversial piece of art on Instagram.

“What is wrong with her?” one fan wrote. “Seriously. Even if she’s innocent, this isn’t smart.”

In November 2020, Erika shocked fans when she filed for divorce. Shortly thereafter, Thomas was hit with numerous lawsuits, including one for embezzlement, fraud, and a contract breach. Suddenly, Erika got involved when it was revealed the couple used the money Thomas allegedly stole from his clients. She denies knowing about his wrongdoings.

Erika Jayne is holding tightly onto her money

Erika Jayne sure looks like she’s in a celebratory mood this week. However, sources claim that she’s not in good spirits after the release of The Housewife and the Hustler on Hulu. Erika’s seeing her empire crumble right before her eyes. Not only did she lose most of her dedicated fans, but she could also lose her money.

Erika is “terrified of going broke,” according to an insider. She’s especially fearful of losing her diamond on RHOBH. She has concerns about the future of her career, especially after the documentary dropped.

“Her Bravo paycheck, small gigs here and there, and endorsements are great, but that won’t provide her lifestyle she’s accounted to,” the source told Star Magazine.

If convicted, her costars could slam her for the sake of good TV. Another source told sister tabloid OK! Magazine that Erika is “a nervous wreck” because of the backlash from the documentary. As she turns the big 5-0 on July 10, she’s reportedly upset over how her life has turned out. She had no idea that her life would turn out like this.