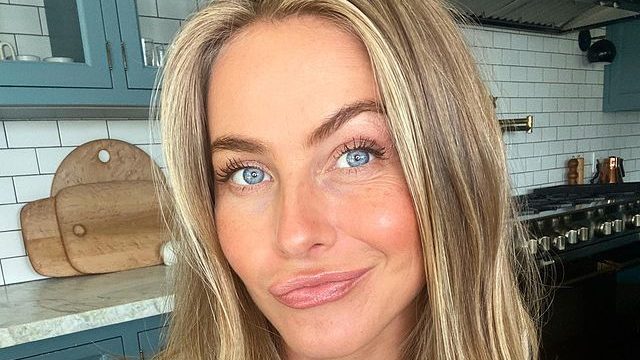 Julianne Hough already took home two Mirrorball Trophies during her time on Dancing With The Stars. Could the dancer soon star on another hit ABC show? According to a few insiders, ABC execs may want Julianne to be the next Bachelorette.

“Producers think a big name would help,” the insider dished. “Now that Julianne won’t be returning to Dancing With the Stars this fall, they think people would love to see her somewhere else on the network.”

Julianne Hough, 32, is recently divorced from Brooks Laich. The pair filed to end their marriage last November. But the insider reports that Julianne is “single and ready to mingle.” Could an appearance on The Bachelorette help her find love?

Some of Julianne’s fans suspected she might be romantically linked with Ben Barnes. E! News obtained exclusive photos on an adorable ice cream outing. Fans who witnessed the outing said that the pair seemed very flirty. However, an insider close to Ben and Julianne confirmed that they remain just good friends.

It appears that Julianne Hough is still single. Perhaps an appearance on The Bachelorette is just what she needs!

This season of The Bachelorette has everyone talking

Ratings may be a little lower than usual for Katie Thurston’s season, but there is still plenty to talk about. The way Katie dismissed Thomas definitely drew a lot of attention. Fans and former Bachelor alums alike had something to say about it.

“I could not believe that goodbye,” Ashley I. told E! News. “That was ruthless.”

In case you aren’t quite caught up, Katie accused Thomas of only telling her what she wanted to hear. She also accused him of being “selfish, unkind, and a liar.” She called him up as if she planned to give him a rose before calling him out and telling him to “get out.”

Thomas Jacobs apparently was only there to be the next Bachelor, which didn’t sit well with Katie. But Katie’s critics point out that the odds of winning her heart are incredibly small. They need to think about their future prospects too. Ashley I. pointed out that it’s likely that every guy in Katie’s house has had thoughts of being the next Bachelor.

Do you agree that Katie was too harsh with Thomas? Would you be willing to watch The Bachelorette if Julianne Hough was the next star? Be sure to let us know what you think in the comments. We always love hearing from you! Follow TV Shows Ace online for more Bachelor Nation news.