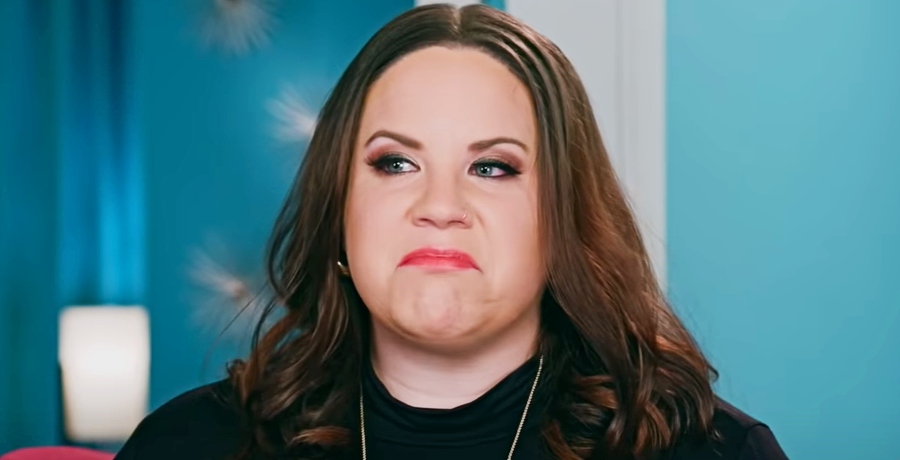 Season 8 of My Big Fat Fabulous Life ended with Whitney Way Thore considering gastric sleeve weight loss surgery. Whether she got it or not is a hotly debated topic among her followers. In more recent photos, she does rock a slimmer look.

But she’s also kicked up her NoBSActive fitness program, which could explain her weight loss. Viewers will find out next month when the show returns to TLC for Season 9. Did she find romance after heartbreak with Chase Severino? Find out August 17th when the new season of MBFFL debuts.

It’s not Whitney’s weight that’s got fans talking in the comments of her most recent post. The reality star did a paid partnership with a menstrual cup brand. As fans know, Whitney Way Thore suffers from PCOS ( Polycystic Ovary Syndrome,) which affects the menstrual cycle, among other things.

In the video, she talks about her experience with her menstruation cycle, but all many followers could focus on was her enhanced appearance:

You get the idea. Based on these photos, do you think Whitney Way Thore got lip fillers?

Did Whitney Way Thore get a cosmetic procedure done to make her lips bigger? She sure did. And she copped to it several times in the comments. According to Whitney, she got filler in her top lip only. 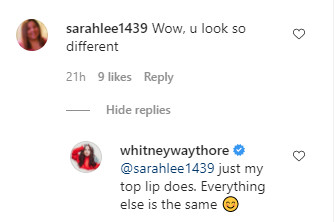 Don’t forget to add August 17, 2021, to your calendar so you don’t miss the Season 9 premiere of My Big Fat Fabulous Life.