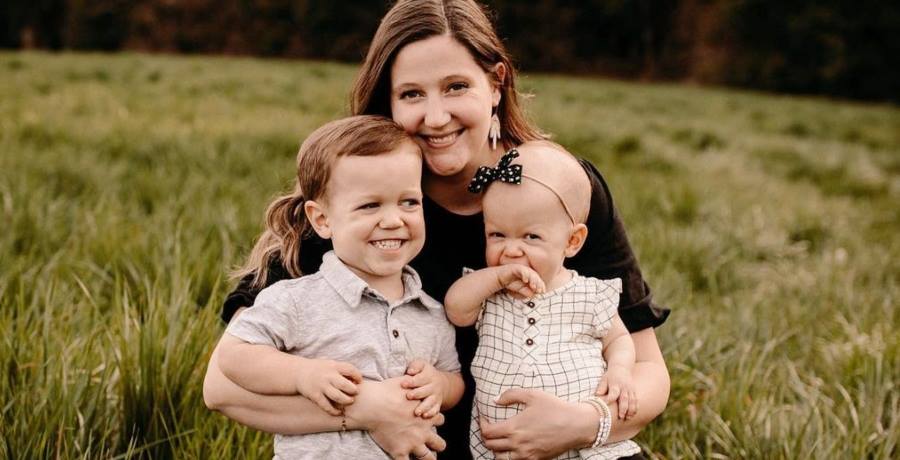 Tori Roloff has spent the last few days on an adventure with Jackson, leaving Lilah at home. Why couldn’t the toddler go on the epic trip with her mom and brother? Is the Little People, Big World star playing favorites?

Little People, Big World originally showcased the adventures of Amy and Matt Roloff with their young kids. Both Amy and Matt are little people, but only one of their sons has dwarfism. Viewers couldn’t get enough of this unique family.

But after several years on the TLC show, Jacob and Jeremy Roloff had quite enough. Their sister Molly left the reality show early on. Twenty-two seasons in, and Zach Roloff is the only offspring of Matt and Amy still appearing on the show. Matt and Amy have long since divorced. Matt is dating Caryn Chandler and Amy is marrying Chris Marek later this summer.

Now grown-up and married to Tori Roloff, Zach and Tori have two children of their own.

Viewers adore seeing the antics of four-year-old Jackson and one-year-old Lilah. Both children often accompany their parents on outings. So why did Tori leave Lilah behind and take Jackson on a solo adventure?

Tori Roloff could not WAIT for California’s Disneyland to reopen to non-residents. As CNBC reports, the amusement park finally reopened at the end of April, but only for residents of California. But finally, starting on June 15, out-of-state residents could join Mickey Mouse and the gang at Disneyland.

Tori Roloff did not waste any time in taking advantage of the new rules. She took Jackson to the California tourist attraction for two days at the end of June. From the pictures she shared on her Instagram, it’s a toss-up over who had more fun – mom or son.

Jackson had the time of his young life on the rides, particularly the choo-choo train. He also enjoyed the live-action Spiderman attraction.

But fans had just one question in the comments: Where’s Lilah?

Tori Roloff Explains Why Lilah Was Left Behind

LPBW fans are used to seeing the adorable little family together. It’s not surprising, then, that fans took to the comment section to ask about Lilah. They loved seeing Jackson having fun, but couldn’t help but feel like Lilah was missing out.

In a post on her main feed, Tori directly addressed the comments about Lilah. “It was a quick trip without dad and sis (Lilah is still just a little young to truly enjoy this place), but we can’t wait to bring them back!,” she wrote.

Tori didn’t say how old Lilah has to be before she can have a Disneyland adventure of her own. Do you agree with Tori that Lilah is too young for Disney? Share your thoughts in the comments below and enjoy Tori’s video of fireworks over Cinderella’s castle.