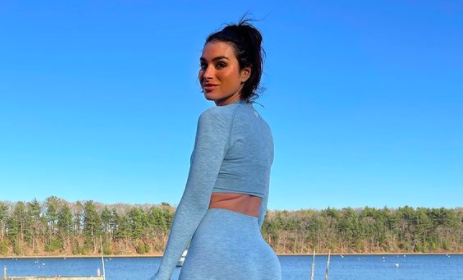 Katie Thurston had a rather dramatic send-off this week on The Bachelorette. Now, other Bachelor Nation alum are weighing in on the scene. Ashley I. thinks it was ruthless – do you agree?

Ashley I. talks about Katie Thurston

Thomas Jacobs, a former Bachelorette contestant, really made a mark on the show this season. After confessing to the men that he was really only there to eventually be on The Bachelor, Katie had a serious talk with him. Thomas tries to explain his actions, but of course, Katie sees right through him. She knows he is saying exactly what she wants to hear.

Because of this, Katie calls Thomas’s name like she is going to give him a rose. However, once he gets there she absolutely wrecks him.

“Your Bachelor audition ends tonight, so get out,” Katie tells Thomas in front of everyone.

Of course, this got a lot of attention.

According to E!, Ashley I. could not believe Katie did that.

“I could not believe that goodbye,” Ashley says. “That was ruthless.”

After that, Ashley goes back and forth a little. First, she shows her support for Katie. After all, she really knows what she wants and isn’t letting anyone stay just for the drama.

“I appreciate Katie in the way that she does not deal with B.S.,” she says. “I love that she’s cutting the weeds like that, every week. If there’s any question about a guy, she says goodbye.”

But then, she accuses Katie of being too harsh. She says that every guy thinks of being The Bachelor, so he shouldn’t have gone home.

“However, I thought that was extra,” she reveals. “That was too harsh because every guy in that house has had the thought that he could be the future Bachelor.”

Ashley does have a really good point. The chances of actually being the one Katie ends up with is 1 in 30. So, they do need to be thinking about their future. At the same time though, Katie wants someone who only has eyes for her and she is their passion. At the end of the day, if someone is thinking about being The Bachelor that much, they probably don’t care if they end up with Katie or not.

Did you like Katie Thurston’s send-off or was it too harsh? Let us know in the comments below. Come back to TV Shows Ace for more news on all of your favorite Bachelor Nation stars.