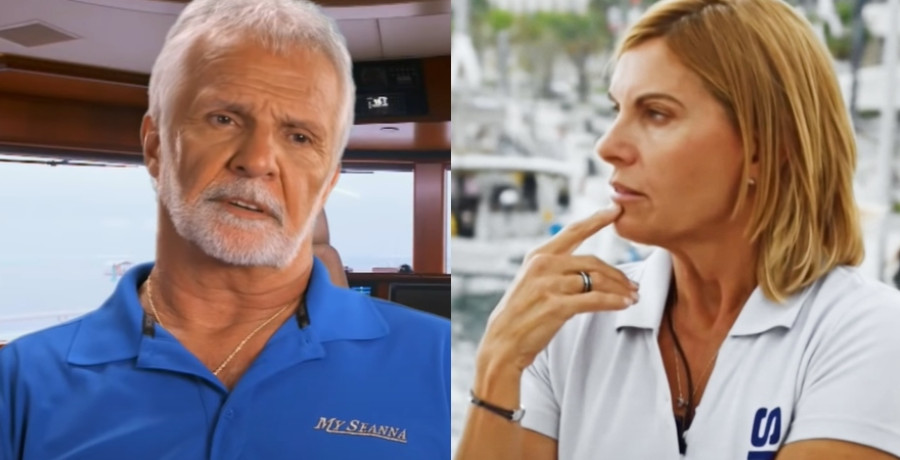 Captain Sandy Yawn made an appearance on Watch What Happens Live with Andy Cohen. She talked about the new season of Below Deck Mediterranean. Season 6 started off strong on Monday, June 28. Sandy discussed everything, including her fellow cohort, Captain Lee Rosbach.

As fans know, Lee kicked off a drunk charter guest who jumped off the yacht and went for a swim. It was the first time in Below Deck history that the longtime sea captain had to cancel a guest’s charter. Sandy revealed how she would’ve handled that ridiculous scene. She attempted to throw shade at Lee and now fans are reacting.

Captain Sandy Yawn made it clear that she wouldn’t handle the situation the same way. She told host Andy Cohen that she “would never talk to a guest” the same way that Lee did. Infamous charter guest Delores Flora got drunk during dinner and dove into the water at night after the Below Deck star told her not to. Lee was understandably mad.

He demanded her to return to the boat. Delores kept swimming away, acting as if nothing happened. Lee threatened to kick off her fellow charter guests off the boat. However, he only had Delores removed from the boat the next day.

Captain Sandy Yawn said she would not have yelled at the charter guest like that. “You know, I wasn’t there, but I would never talk to a guest like that,” she explained. “I just would say … I’d shine a light on them and would say, ‘Would you please come in.’ I would send my crew in the water to be with them. To make sure they had fun.”

Sandy found nothing wrong with Delores’ affinity for drunk swimming. She argued that charter guests are going to swim at night, whether the captain wants them to or not. “And they jump in the water when they are drunk,” Sandy continued. “That’s chartering. That’s yachting. I think I would handle it a little differently.”

Lee defends his actions to this day. His main concern was that Delores could’ve drowned while swimming. That could affect Lee’s career. Both Lee and the guests told Delores that it was not a good idea to swim drunk in the water while she was still at the dinner table.

On Tuesday, June 29, the Bravo Twitter account shared the clip from WWHL. Many Below Deck Med fans took to the tweet to call out Captain Sandy Yawn for throwing shade at Captain Lee. Some argued about her hypocrisy when it came to guest safety versus when it came to Hannah Ferrier’s firing from Below Deck Mediterranean Season 5. Sandy claimed maritime law was the reason why she had to let Hannah go.

She fired the former chief stew for having unregistered Valium and a CBD pen on board. She said that her job would be on the line if she allowed Hannah on the yacht with prescription anxiety medication. When it comes to drunk charter guests, Sandy would turn the other cheek. She doesn’t feel that it poses a risk.

Some fans feel that Captain Sandy Yawn is treading on murky waters especially since her return to the series. This isn’t the first time she has thrown shade at a captain. She previously threw Captain Glen Sheppard under the bus for the way he handled his boat crash. Below Deck Med airs Mondays at 9 p.m. ET on Bravo.