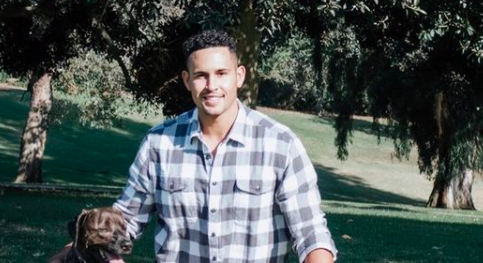 Katie Thurston is off to a great start with her season of The Bachelorette. Well, almost a great start. The star does have one contestant on her season that is causing a whole lot of drama. So, who is Thomas Jacobs and does he win Katie over?

Thomas Jacobs on ‘The Bachelorette’

Katie has been developing some great relationships with some of the guys on her season of The Bachelorette. Honestly, it seems like her husband may really be here. However, it wouldn’t be Bachelor Nation without a whole lot of drama.

While a lot of the men seem great on the show and are making alliances, there is one that nobody can really bond with. His name is Thomas Jacobs.

At this point in the show, it seems that all the men have teamed up with one goal – get Thomas out of the house. While they should all be focused on their own relationships, it’s really no surprise that they are teaming up against this man.

So, what exactly did he do? Well for starters, he talked about how he is on this show so he can be The Bachelor down the line. Of course, this doesn’t sit well with anyone. Especially the men who are there because they want to be with Katie. Not to mention the fact that Katie is just forming stronger bonds while Thomas is there for the totally wrong reasons.

According to Accept this Rose, Thomas is a 28-year old real estate agent in California. Apparently, the hopeful Bachelor loves to cook and has played basketball since college. His Instagram is full of pictures of his family and his dog. So, sounds like he has a pretty standard life at this point.

Unlucky for Thomas, his Bachelorette journey ends tonight when Katie sends him packing after being fake with her. At the rose ceremony, Katie actually gives Thomas a taste of his own medicine by having what seems to be a fake rose. She then calls his name, just to tell him to get out.

“You told me things I wanted to hear,” Katie says. “But what I learned about you tonight is that you’re selfish, unkind, and a liar. Your Bachelor audition ends tonight… so get out.”

Did you like Thomas Jacobs? Do you think he deserves to go home? Let us know your thoughts in the comments below. Come back to TV Shows Ace for more news on all of your favorite Bachelor Nation stars.