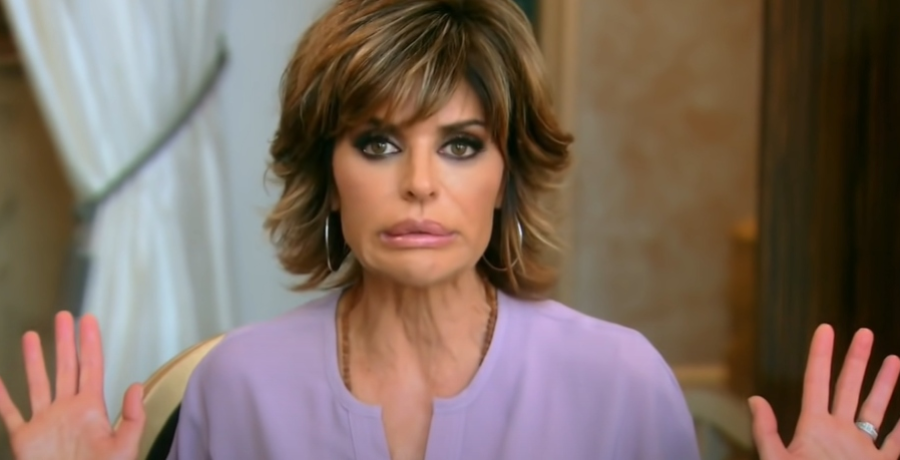 RHOBH fans are calling Lisa Rinna a hypocrite. They think it’s not right that she’s empathetic to Erika Jayne after they witnessed how she treated her former friend, Denise Richards. As fans recall, Rinna ended their friendship of 20 years. RHOBH Season 10 focused on Brandi Glanville’s alleged affair with Denise and the cast’s feelings on their intimate tryst.

To this day, Brandi stands by her story. Rinna claims she couldn’t trust Denise after she learned what she heard. The Wednesday, June 23 episode of The Real Housewives of Beverly Hills finally addressed Erika Jayne’s shocking divorce from Tom Girardi. Rinna showed her support for her fellow co-star, angering fans.

In last night’s episode of The Real Housewives of Beverly Hills, viewers witnessed Erika Jayne’s highly anticipated divorce from Tom Girardi. They were curious to see how the cast would react to the shocking news. Erika didn’t inform her co-stars about her plans to divorce Tom. Instead, she made it look as if things were good between them, especially during their trip to Lake Tahoe.

Erika even addressed the “elephant in the room.” She talked about how her life suddenly changed and what led to that decision. Lisa Rinna stayed quiet as Erika told her story. This is interesting considering she loves to talk. She has no problem stirring the pot, especially when it comes to having a storyline.

In the previous season, Denise Richards had a storyline she didn’t want any part of. She infamously shouted the words, “Bravo! Bravo! Bravo!” The Bold and the Beautiful star refused to film with the cast or answer questions. However, producers pushed her to carry on with the rest of the season and go head-to-head with Rinna.

At the end of last season, Rinna uttered the word, “Oof. You’re so angry. Own your downgrade honey.” During that scene, she found out that Denise sent a cease-and-desist letter to the cast and crew. She made it clear to everyone that she didn’t want to discuss the alleged affair any longer. But Rinna wouldn’t let her off the hook and kept bringing it up.

Fans noticed how quiet Lisa Rinna was on the latest episode. The beauty maiden even sided with Erika Jayne’s reasoning for announcing the divorce on Election Day. Most of them took to Twitter to call out her hypocrisy. Rinna’s rubbed them the wrong way, especially since she’s so supportive of Erika amid her embezzlement case.

Fans are making their voices heard this season. They got tired of the so-called mean girls during Season 10. Now, they’re hoping that Bravo is listening to them. However, Andy Cohen made it clear that he sides with Erika and doesn’t see her getting fired in the near future.

What are your thoughts? Do you agree that Rinna is a hypocrite? Do you think she will change her tune and question Erika? Sound off below in the comments.