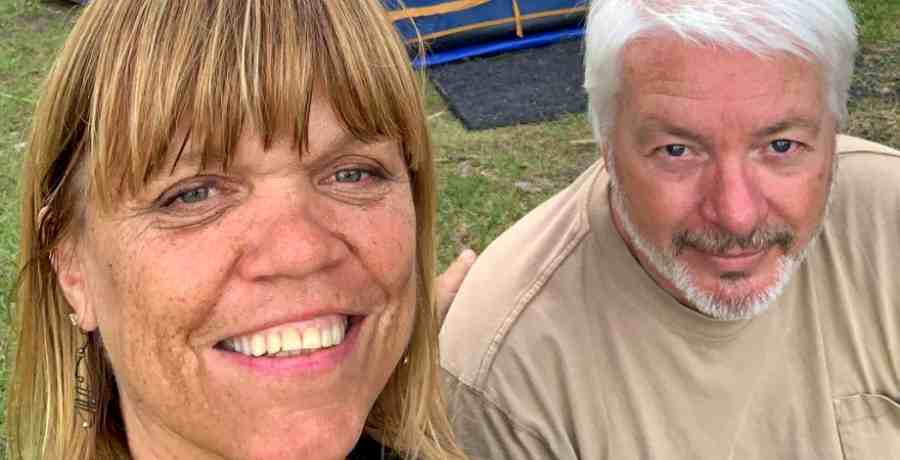 LPBW star Amy Roloff became engaged to her fiancé Chris Marek in September 2019. Since then, fans have been waiting impatiently for wedding details. So far, Amy has toyed with the idea of marrying Chris on Roloff Farms. However, as this was where she used to live with ex-husband Matt Roloff, Amy has called this her “Plan B.”

Where will Amy Roloff and Chris Marek tie the knot?

Meanwhile, Chris had opened up about what his ideal location for their wedding would be. According to him, the perfect place would be the same spot as Amy’s daughter Molly wedding on the farm. It is thus unclear exactly what Amy’s “Plan A” might be.

Despite the Roloff Farms option being “Plan B” at this stage, Amy did ask Matt and his girlfriend Caryn Chandler to keep the wedding date open for them. So, at this stage, the farm is a possible venue.

Amy said on the show that, because Roloff Farms is “very much” their plan B, she wants to ensure Matt wasn’t doing anything else on that date. She wanted to also ensure that he hadn’t planned something else on the farm for that particular weekend.

Amy is glad that Matt offered the venue

While Amy has her concerns over marrying at the farm, she did say she is glad that Matt offered it, as it is a beautiful setting. He even told her there were no rules about having the wedding on the farm.

However, Amy is still uncertain that should she accept the offer and she wants to do something, he might say that isn’t going to happen. She explained that this would be a “little awkward” and a “little stressful,” which is understandable. Amy said that when you are relying on someone for such an important decision, it does stress you out.

Will Matt and Caryn come to the wedding?

Fans will remember that after their divorce, Amy sold her portion of Roloff Farms to Matt. This means that he now owns the property outright and has full say on when happens on the farm. However, obviously, the farm holds a lot of sentimental value for Amy, so it is understandable that she might want to marry there.

On top of that, Amy confirmed in a People sneak peek that Matt and Caryn are invited to the wedding. However, it is not clear whether Caryn, an employee at the farm, will want to come to the event. Chris said they have the impression that it is not something Matt and Caryn would be interested in attending.

Chris did add that they are welcome to come and he said they don’t want anyone feeling obliged to attend their wedding. He explained that the event is supposed to be about good friends and close family. Marek added that he likes Matt and gets along fine with him and Caryn. However, he did say they are not friends that hang out together. Marek repeated that Matt and Caryn are welcome, but he doesn’t want them to feel obligated to come.

When is Amy and Chris’s wedding date?

In a recent teaser, Amy said that she and Chris will be tying the knot on August 28. At that time, Chris added that the wedding date is officially “set in stone.” Amy joked with him, saying there is “no going back now, babe.”