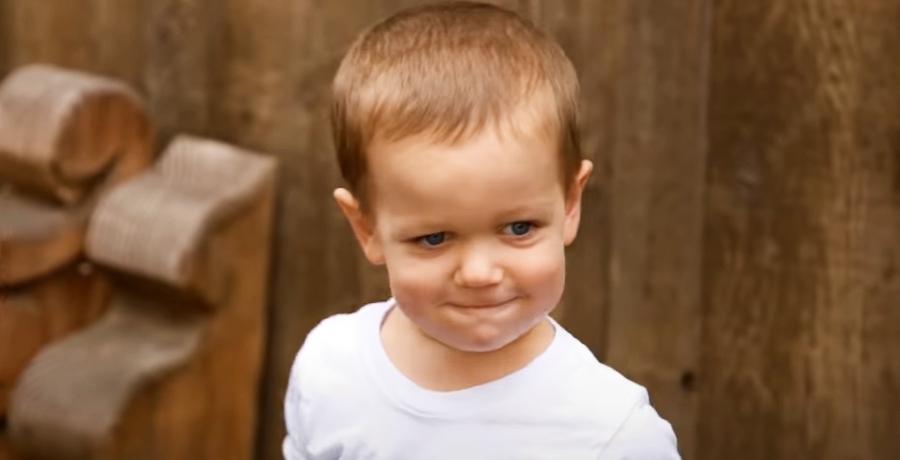 Jackson Roloff from Little People, Big World entertained his many TLC fans since he was tiny. Actually, he seems like a very talented young boy and fans adore his beaming smile. All the cuteness in the world seems bundled up into Matt Roloff’s grandchild. It looks like he’s also very bright and as his mom’s an ex-teacher, she helps encourage him with his learning.

TLC fans know that Jackson puts out the moves really well when dancing. In February, Tori shared such a fun display of him dancing. He stepped out and got his mom laughing as he danced away so confidently. In fact, he brought a lot of weekend entertainment into the house. At the time,  we reported, “Now three-and-a-bit years old, he seems to get his groove to look quite professional. His cute little legs and his enthusiasm seemed so enchanting, entertaining, and hilarious all at the same time.”

Jackson Roloff started entertaining his parents and his Little People, Big World fans way before the age of three.  In fact, TLC fans saw him grooving and dancing to music from a young age. Actually, he seems like a sweet kid, even though he might test his boundaries with his mom from time to time. InTouch Weekly reported that by the age 0f 18 months old, the little fellow even entertained his mom with his cute little buns-down seat-wiggle dance on a plane. Well, now he’s older, he’s also very cute but revealed another talent and it looks like he’s very clever as well.

Little People, Big World star Tori is so proud of her clever son

Jackson Roloff makes his mom so happy as he tries really hard with set projects. This weekend, she revealed a new talent. It seems that he studies and learns, and remembers. Maybe that will be useful if he ever becomes a full-time movie actor. In a clip she shared on Instagram Stories, he stood up against a wall and recited a verse he’d learned. It might have been the cutest ever recital. Then, in her caption, she mentioned that their church teaches the little kids verses and they learn one a month.

Next, the mom of Jackson Roloff from Little People, Big World said, “Jackson is taking this task very seriously and it brings joy to my heart.”

Remember to check back with us often for more news and updates about Jackson Roloff from TLC’s Little People, Big World.