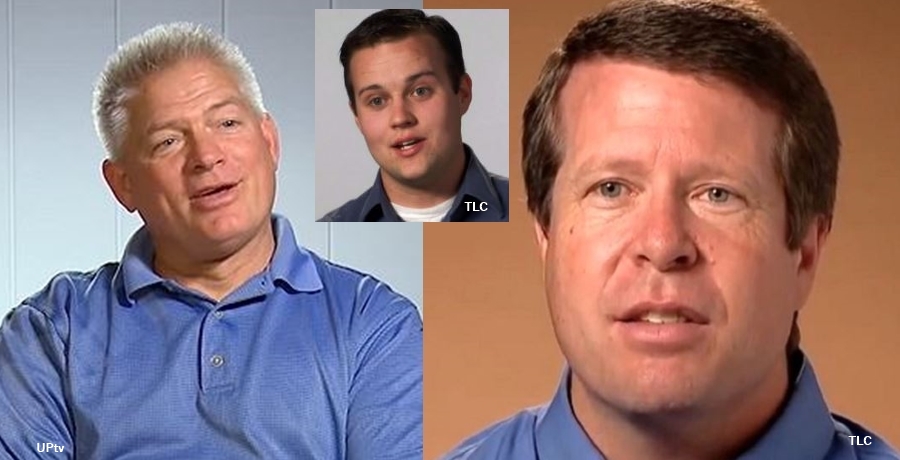 Pastor Gil Bates from Bringing Up Bates on UPtv knows Jim Bob Duggar from TLC’s Counting On. Actually, they share more than just religious zeal in common as they both raised loads of kids. Both of them have long-running TV shows, and both of them raise their kids with Christian morals. This week, as it was Father’s Day on Sunday, Gil preached about “reprobate” fathers and many fans thought he directly shaded Jim Bob and his son Josh.

Pastor Gil Bates family all try and attend church together

Jim Bob Duggar lives in Arkansas and he raises his kids very strictly. In fact, his show revealed for years that the girls dress down and frumpy and grow up to breed more kids. Given no advanced education, the women prepare for a life of drudgery and many babies. Meanwhile, the boys marry young and start breeding more of them as soon as possible. Religious and zealous in his church, most of the family attend various church events. It came as a bit of a slap in the face when his son Josh turned out not so god-loving as TLC made out.

Meanwhile,  Pastor Gil Bates from Tennessee also raises a family with Christian values, if not quite as demeaning to women. His family also tries to attend the church where he preaches and they seem quite happy to do so. In fact, Trace Bates claims that one of the best things in their lives is gathering the clan together to listen to their dad preach.

Pastor Gil Bates preached on  Father’s Day at his church on Sunday 20, 2021. Without A Crystal Ball on Instagram shared about it. Posting up a short clip. Katie Joy noted, “Gil Bates went off about Reprobate fathers during his service tonight.” Then, she talked about how he specifically mentioned “pornography & perversion.” It centered around the fact that fathers should step away from sin or they might end up rejected God and land up in jail.

Additionally, bad things always come into the light. While some fans agreed that Pastor Gil Bates sounded very much against Josh, others think he also shaded Jim Bob Duggar. After all, if Jim did something about the molestation scandal, then Josh might never have re-offended. Gil also said, “[reprobate fathers] will ruin their families.” Well, Josh brought a lot of shame to the whole family. In other words, both Josh and his dad talked the talk about serving God but neither of them actually did.

You can watch the entire sermon HERE if you feel interested in it. What do you think about the sermon? Was it just a run-of-the-mill sermon or did he actually shade Josh and his dad Jim Bob Duggar? Sound off your thoughts in the comments below.

Remember to check back with us often for more news about Pastor Gil Bates from Bringing UP Bates and Jim Bob Duggar from Counting On.