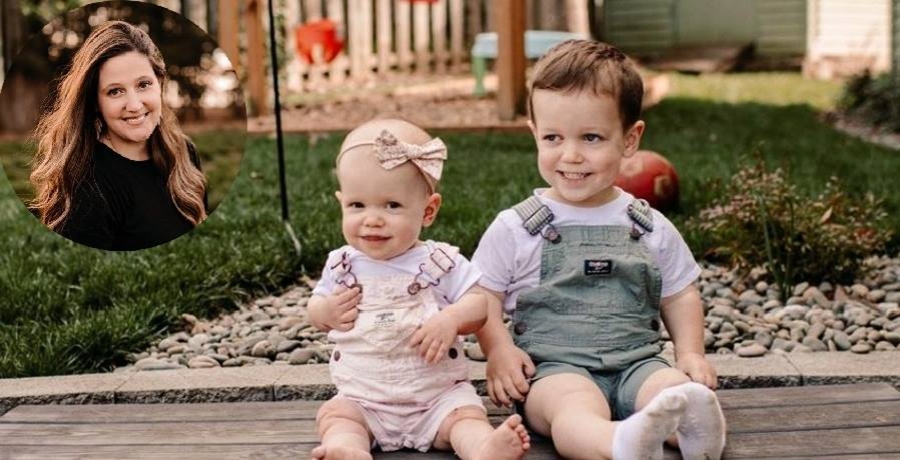 LPBW star Tori Roloff and her husband Zach were blessed with the births of Jackson and Lilah. Both of them suffer from dwarfism, which brings some health concerns. However, they both develop sunny and fun personalities. Fortunately, big brother opened up and accepted his little sibling quite quickly and these days, he often plays with her. Actually, on some days, Tori can’t resist sharing some heart-melting moments with her TLC fans.

When her son’s away at school, mom makes the most of girl time with her daughter. In mid-June, some clips emerged on Instagram that revealed girl-time seems very cute. One clip showed ‘Bean’ with her glasses on coloring in a book. Then, another one revealed her admiring her pretty bracelet. At the time, her mom said soon her son ends his Pre-K classes for the summer break. When he’s at home on weekends, he spends a lot of time playing with his sister.

Jackson and Lilah couldn’t really enjoy their first real Christmas together in December 2019 as LPBW star Tori only welcomed her daughter a month before that. However, we reported that his grandfather Matt gave him an awesome present. In fact, some fans complained that he spoiled the child from Little People, Big World. You probably recall that since the youngest age, he’d wait outside the shed in case Grandpa went out on his mule. He always wanted a ride with him. So, he gave him his very own little rig. Notably, he looked after it as he took his sister for a ride recently.

Jackson and Lilah ride together on his four-wheeling mission

This weekend, LPBW star Tori Roloff revealed a series of clips and she said that she actually melted. Well, no wonder, as her son drove his little mule along with his sister in the passenger seat. Just like his grandpa did with him, he replayed his own experiences. The last clip that revealed him with one hand on the wheel and one behind her back seems way too cute.

Quite how LPBW star Tori survives all the cuteness overload with her kids, Jackson and Lilah seems incredible. Actually, fans hope that another child comes along soon for her and Zach. Recently, she lost a baby and felt devastated.  With such cute kids, perhaps she just keeps on trying for more, and TLC fans are there for it.

What do you think of the way Jackson Roloff copies his grandfather and his dad by taking his sister for a cool ride in his own little four-wheeling rig. Sound off in the comments below.

Remember to check back with us often for more news from TLC’s LPBW star Tori Roloff about Jackson and Lilah.