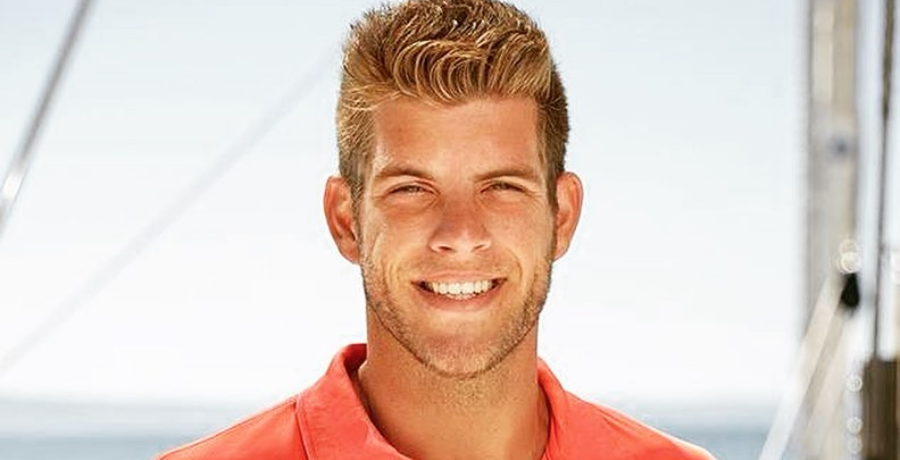 Below Deck Sailing Yacht Season 2 star Jean-Luc Cerza Lanaux continues to stoke the fire. Recently, he broke his silence on the baby drama. He saw a headline he didn’t like and had to address the rumors. For months, fans speculated whether Jean-Luc is the father of Dani’s baby.

Neither Dani nor Jean-Luc have denied or confirmed the rumors. Instead, Jean-Luc is playing it like he’s not sure if he’s the father of her child. In the lengthy post, he said that he’s willing to take a paternity test. However, Jean-Luc’s comment got the worst of him as his fellow cast and crew came to Dani’s defense.

Below Deck Sailing Yacht fans have a feeling that Jean-Luc is the father of Dani’s baby. The two met during Season 2 of the Bravo show, which filmed in summer 2020. In the season finale, Dani and Jean-Luc walked off the yacht together. While they wanted to make their relationship work, for some reason it didn’t.

Is it because Jean-Luc found out that Dani was pregnant? The timeline with the filming of the show coincides with Dani’s pregnancy. However, Jean-Luc is acting as if Dani could’ve slept with someone else during that time. The deckhand took to Instagram in lieu of the paternity rumors.

It’s certainly a strange way to commemorate Father’s Day. However, Jean-Luc wanted to do it in a unique way with a lengthy post. He wanted to share what he looked like at two months old. Jean-Luc admitted that he didn’t think his previous post would cause such a reaction.

The yachtie said he learned of the birth on Instagram. But he was not aware that Dani was pregnant. While he knows that he can purchase a paternity test, he wants to take the test with Dani. Jean-Luc said he only wanted to “set the record straight” about the baby’s paternity.

While he didn’t name names, Jean-Luc claimed that Dani blocked him on Instagram. It could be the reason why he didn’t know she was pregnant. He finished off his lengthy post by revealing that he heard back from his former girlfriend on WhatsApp on Saturday night. Jean-Luc shared the post on Sunday, June 20.

Still, he’s not winning over any fans. Most took the post to slam the Below Deck Sailing Yacht star once again. Chief engineer Colin Macrae accused Jean-Luc of lying through his teeth. “Please keep this disgustingly desperate attempt to save face and blame Dani, off of social media. It’s pathetic,” he added.

Meanwhile, Sydney wrote, “This is a CHILD no longer a reality tv show. Get it off social …?”

Even fans jumped in on the comments. They joked that they knew of the baby’s paternity months before him. One fan accused Jean-Luc of “chasing” his 15 minutes of fame with a baby photo. Most fans agree that he’s lying to make himself look good. Part one of the two-part Below Deck Sailing Yacht reunion airs Monday, June 21 at 9 p.m. ET on Bravo.

’My 600-Lb. Life’: Angie J. ‘Afraid’ As She Loses Everything
Jill Dillard Snubbed By Michelle Duggar & Sisters On Special Day?
Tori Roloff Scared Backyard Stream Will Drag Dead Bodies On Property?
Janelle & Savanah Brown Jet Off On Trip: Where Are They Headed?
Kim & Khloe Kardashian Feuding On The Down-Low?