After Josh’s arrest, many members of the family stayed quiet on social media. They limited the number of comments they can receive on their posts, hoping to weed out some of the negative comments guaranteed to come in. Over the past couple of months, the family’s Instagram page has shared a couple of story posts to wish their family members a happy birthday. Aside from that, they’ve been inactive. Plus, those posts are only available to view for 24 hours. So, not everyone had a chance to catch those posts before they disappeared.

In a new Instagram Reel on Sunday, the family documents their Father’s Day celebration. It looks like several family members made it to Jim Bob and Michelle’s home for some fun games outdoors. The video was posted without a caption.

Noticeably, the family has still limited the comments allowed on the post. So, this has helped to keep any negative comments to a minimum. Most of the comments are from fans wishing Jim Bob a happy Father’s Day.

It’s unclear if the family will continue posting on Instagram after this. They may end up getting some backlash for anything they decide to post. 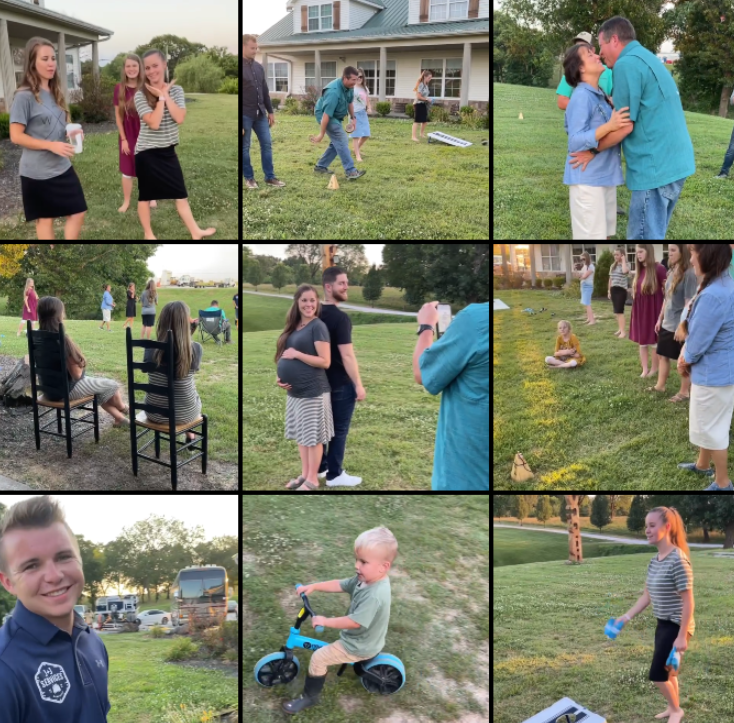 Some of the kids keep their distance

Now, it’s possible that those family members had something else going on today. But the blogger thinks it’s interesting that so many of the kids were unable to make it or chose not to be there.

So, what do you think of the Duggar family’s latest post? Are you surprised to see them active on social media following Josh’s arrest? Let us know in the comments below.

For more updates about the Counting On family, check back with TV Shows Ace.

You can see the Duggar family’s new post here.