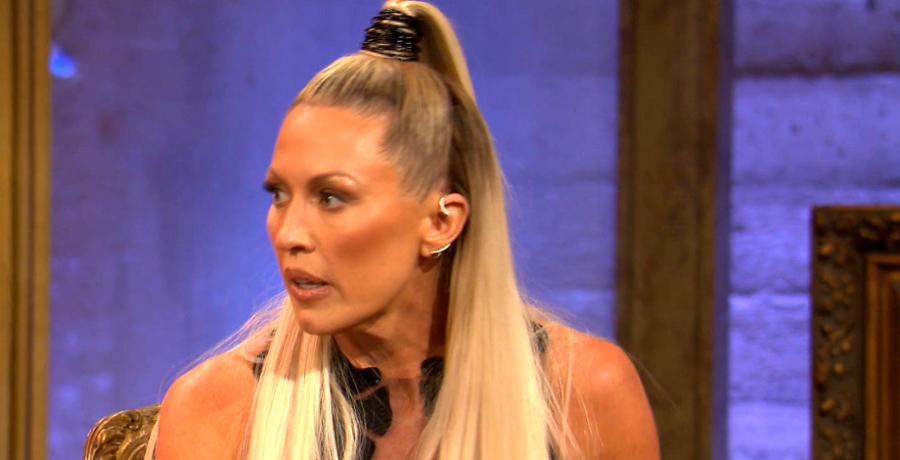 Braunwyn Windham-Burke is in shock over her RHOC firing. Earlier this week, Bravo announced the new cast of The Real Housewives of Orange County Season 16. Braunwyn isn’t the only one who got the boot. Kelly Dodd and Elizabeth Lyn Vargas are also not returning.

Like Braunwyn, Kelly isn’t taking her firing well. She blamed the mother of seven for their firing. As TV Shows Ace previously reported, Kelly exposed Braunwyn on social media by releasing their text exchange. Elizabeth is the only one who’s gracefully accepted her firing by thanking Bravo and her fans.

Read on to see why Braunwyn feels hurt by Andy Cohen.

The RHOC drama continues. Recently, Braunwyn Windham-Burke revealed Andy Cohen made comments about her following her firing. Apparently, the Bravo host’s comments affected her. She also revealed whether she’s heard from Andy since her firing.

Fans have waited for Andy’s comment on the new cast of RHOC Season 16. He took to his radio show to share his thoughts. Andy even opened up about Braunwyn’s exit from the series. He complimented Braunwyn for being so open and candid about her story in the previous season.

“I really give it up to her and commend her for being so open and letting us in, especially relating to her journey with sobriety,” Andy revealed on Radio Andy on Wednesday, June 16. “She was going through some really serious life stuff on the show, and she didn’t shy away from sharing it with us, which I always appreciate.”

However, Andy feels that the reality show was not the “healthiest spot” for Braunwyn and her family. He felt that it took a toll on her, especially during the reunion. As many know, sometimes reality TV and drinking don’t go well together.

“Listening to her at the reunion made me, and the other producers, feel like, maybe at this moment in time, being on TV wasn’t the healthiest spot for her and her family,” he said. “I think she was dealing with some real stuff with herself, her marriage, with her children. It was a lot.”

Braunwyn Windham-Burke feels hurt and betrayed by Andy Cohen. She is disappointed by Bravo’s decision since she looked forward to the forthcoming season. Braunwyn said she has come so far, but she revealed that nobody “took the time” to reach out to her regarding her progress.

“I was really looking forward to showing the other side of it,” Braunwyn told Us Weekly on Thursday, June 18. “You know, the light at the end of the tunnel.”

The social justice advocate is hurt by Andy’s comment. She also revealed that Andy has not reached out to her personally following her firing. Braunwyn acknowledges her struggles throughout the season and the reunion. But, she was still looking forward to showing how far she came.

“I haven’t spoken to him. I think that’s what hurt me so much,” Braunwyn continued. “I was not in the healthiest place at the reunion. I was less than sober a year ago. I was still struggling a lot. There was a lot of tension with my cast. I knew what I was getting into and it wasn’t hard.”

Kelly took to Twitter to poke fun at Braunwyn once again. She claimed that Andy reached out to her after her firing. What are your thoughts on the RHOC firing? Do you think it was the right call? Sound off below in the comments.

‘Digimon Adventure 02’ Is Back & Its Stars Are All Grown Up
Is ‘The Talk’ Coming Back, What Happened?
Audrey Roloff Wants To Normalize Shorts Under Dresses
Insider Describes Wendy Williams As Split Personality?
Will Lifetime Still Air New Anne Heche Movie ‘Girl In Room 13’?