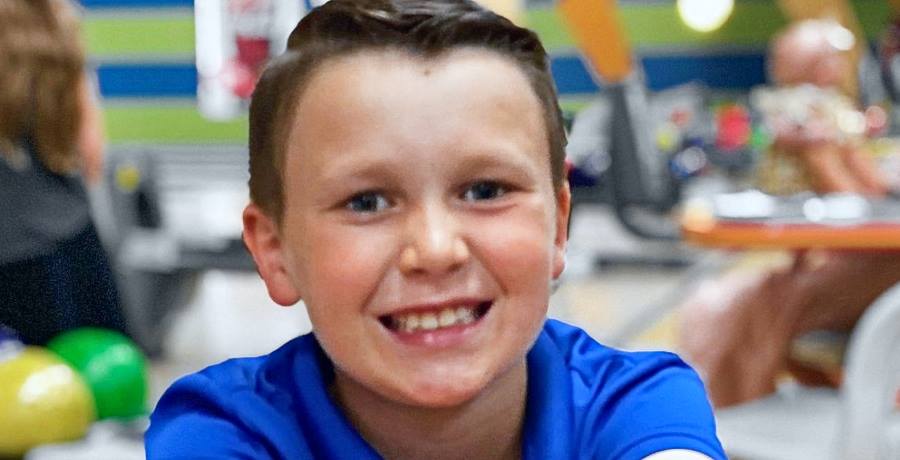 Earlier this week, Josh and Anna Duggar’s son Michael celebrated his 10th birthday. In honor of his special day, his grandparents, Jim Bob and Michelle Duggar shared a snap on their Instagram stories.

Noticeably, they only posted on their stories and not their main feed. Stories are only available to view for 24 hours, while posts are up permanently until they are deleted. Their followers can publicly comment on main feed posts but not on story posts. So, it seems possible that the family did this strategically to hopefully prevent some backlash from fans and critics. They have shared on their stories a few times since Josh’s arrest, but they haven’t posted on their feed for months.

The photo was reposted on fan pages, which gave people a place to talk about it. And they have some questions.

What is Michael Duggar doing in new photo?

Katie Joy of Without a Crystal Ball shared a screenshot of Michelle and Jim Bob’s story post for their grandson Michael’s birthday. The photo appears to have been taken at Top Golf. Michael is holding a large plate that has “Happy Birthday” written on it. There are also syringes and donut holes on the plate.

In the comments section of the post, Counting On fans and critics are discussing the photo. They are specifically confused about the syringes on the plate Michael is holding.

One user asks, “What is that child doing with syringes?” Another adds, “What’s with the needles!?” Plenty of similar questions followed.

Fortunately, a few users have been to Top Golf themselves and know what’s going on in the photo. One of the dessert options at Top Golf is donut holes that you can fill yourself. So, you inject the donut holes with icing or jelly.

It’s also interesting that the Duggar family is out and about despite Josh’s arrest. Since Jim Bob and Michelle, as well as Anna, are laying low on social media, it would make sense if they did the same in real life too. But maybe they are trying to keep the kids’ lives as normal as possible during these strange times.

So, were you confused about the birthday photo of Michael Duggar? Do you think the family really went out this year for his birthday? Let us know in the comments below.

For more updates about the Duggar family, check back with TV Shows Ace. We will continue to share news about the family and Josh Duggar’s ongoing case.