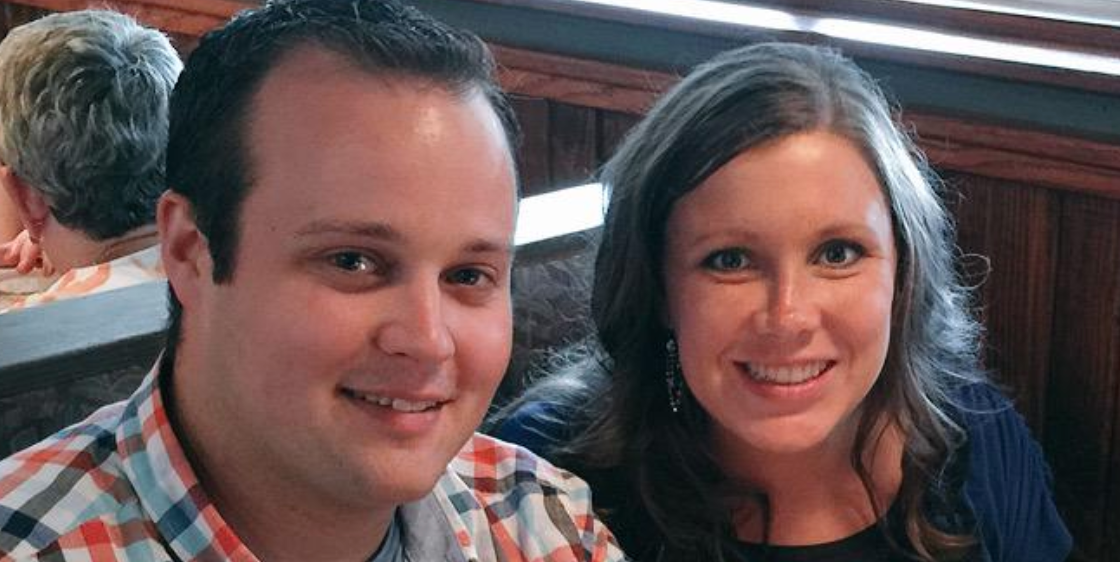 There’s more Duggar drama! As you may already know, Josh Duggar was arrested in April for the possession of child sexual abuse material. Though things have been pretty quiet since Josh was released on conditions, his trial is quickly approaching in July, so there should be more news shortly.

Now, a source is giving fans a peek into what the family’s life is like right now, and it’s not looking good. Fans, critics, and everyone else assume that there is lots of drama. But it sounds like the arrest and trial are having a huge effect on the family.

On social media Wednesday, Katie Joy of Without a Crystal Ball shared a brief message. She writes that a source close to the family told her that, “This is destroying the family. The division is widening.”

The message is simple and doesn’t include too many details. It’s unclear exactly what is going on. But this goes to show the severity of the situation.

Previously, a source revealed that Anna Duggar was not on good terms with the rest of the family. According to that source, Anna believed Josh’s arrest wouldn’t have happened if Donald Trump was still the president. She reportedly thinks that Josh’s arrest was set up by Joe Biden.

Many of Katie Joy’s followers are critics of the Duggar family. So, they have a lot to say about the new post she shared. Now, no one is really surprised that the family is being affected by Josh’s arrest. 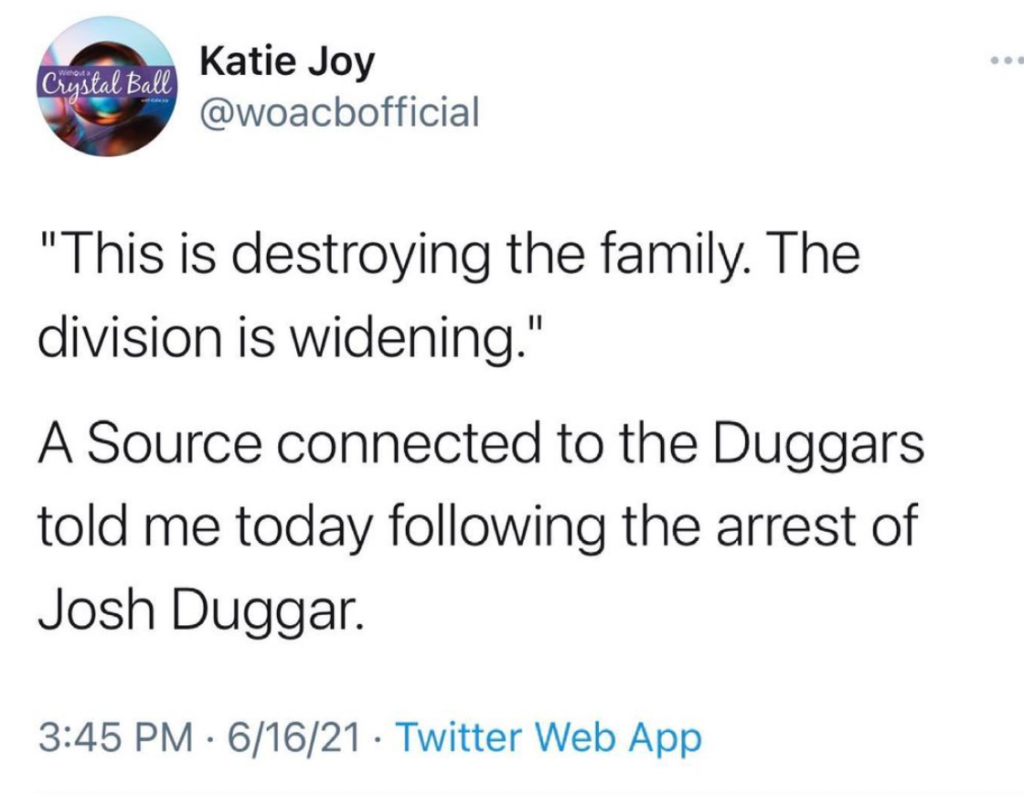 Here’s what some of Katie Joy’s followers are saying in the comments section of her post:

So, are you surprised to hear that there’s a lot of drama among the Duggar family following Josh’s recent arrest? What do you think will come of all of this? Let us know in the comments below. For more updates about the Duggar family and the future of TLC’s Counting On, check back with TV Shows Ace.