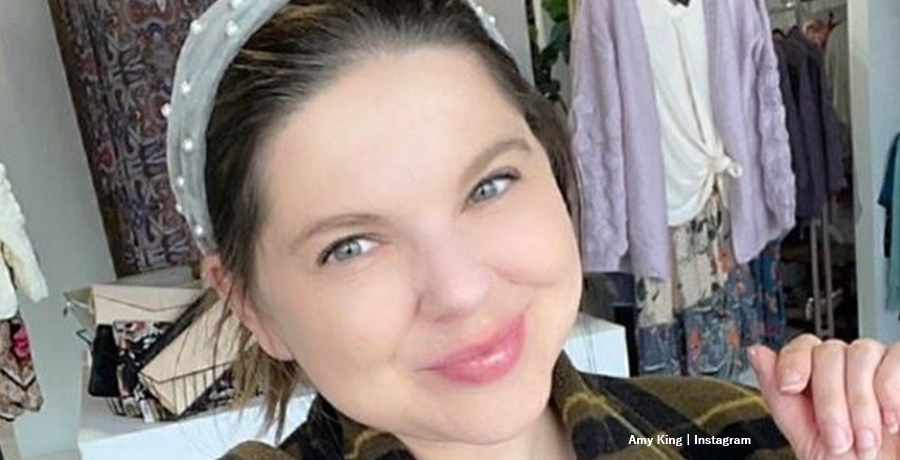 Duggar cousin, Amy King posted some cryptic stories and tweets which fans think are her way of speaking out about the arrest of Josh Duggar. Well, it looks like she took a break from that for a bit. This week, she shared a meme that some of her fans found offensive. Meanwhile, others got into a big discussion about dermatology. However, she perhaps just enjoyed a bit of fun for a change.

A series of posts by Jim Bob’s niece became discussed on social media since Josh’s arrest. Some of them clearly point towards her urging Anna to dump her husband. Actually, many TLC fans can’t get their heads around how Anna resolutely sticks with her husband. Well, it seems that in the fundie community women have no option, so probably she takes no notice of her husband’s cousin. Meanwhile, it infuriates fans that she seems to brush it all under the carpet. Recall, he previously molested his sisters, cheated on his wife, and allegedly indulges himself in watching material about abused kids.

Some Counting On critics suggested that the Duggar cousin, Amy King, merely rides the publicity wave on the internet. Perhaps she only drops her cryptic messages to get some business and followers. Well, she seems like a nice enough person most of the time. So, perhaps she honestly tries in her own way to give Anna some advice. Also, some of the posts seemingly shade her uncle allegedly who didn’t do much the first time Josh offended. Fans like that she speaks out as not many people in the family open up about it. Anyway, she posted up a fun meme on Instagram and some folks might think it’s offensive.

In the post that the Duggar cousin, Amy King shared, she pulled some funny faces, as a clip played. In the clip, a guy revealed something about men and nice skin. It said, “Guys have nice skin because they stress out everyone but themselves.” Then in her caption, she wrote, “it’s not just soap and water folks!” While a lot of fans laughed, others became rather serious. One of them wrote, “Not 100% correct. Many reasons like hormones, not wearing makeup, etc.”

Defending Duggar cousin, Amy King, one fan wrote, “It’s just supposed to be funny, folks! No need to overanalyze with dermatology advice! 😂” Well, if you’re interested, men tend to have better skin as they grow older because they excrete a lot of oils. Plus, they lose collagen slower than women.

Are you happy to see that the cousin of Josh posted something light and fun for a change? Or, do you think she was offensive by sharing? Sound off in the comments below.

Remember to check back with us often for more news and updates from Duggar cousin, Amy King