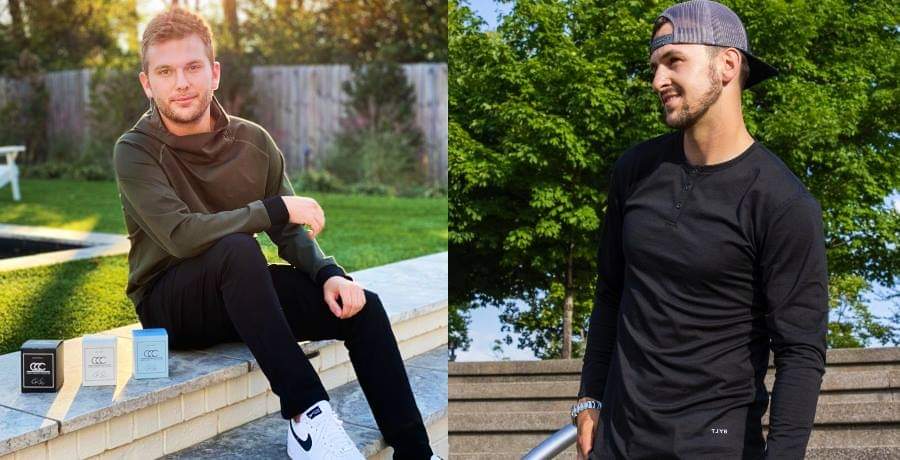 Chrisley Knows Best Chase Chrisley sells Nic Kerdiles, but for what? From the looks of Chases’ recent Instagram Stories, the young entrepreneur is pulling out all the stops to get rid of his sister’s ex-fiance. Let’s take a closer look at the lengths Chase will go to so someone else will take Nic off of his hands.

The string of hilarious Instagram Stories begins with Chase Chrisley panning the camera from Nic Kerdile’s feet to his head. Once the camera gets to Nic’s face, it looks like he’s smiling behind his mask, and he throws up a peace sign. The text of the short clip reads, “For sale – DM me for pricing.” It isn’t any secret that Chase is trying to sell the man that was once about to be his brother-in-law. Chase tags him in the clip! So, it’s all in good fun.

Update on the going rate

Shortly after that, Chrisley Knows Best Chase Chrisley gives his followers an update about his progress on selling Nic Kerdiles. While seated on a plane and throwing side-eye, Chase shares that he’ll “let @nickerdiles go for a Starbucks gift card and 3 bucks.” That combination is oddly specific, but whatever works.

After that, Chase goes on to give some of the terms and conditions of purchasing Nic. He pans his camera out to show that he and Grayson are on a plane together. He captions this photo with “Also there is a ‘no return policy’ on @nickerdiles.”

Where is this trio going?

Unfortunately, there aren’t really any indicators about where the young men are going, or why Chase wants to sell Nic. That’s not the only mystery from Chase’s string of Instagram stories. At one point, Grayson is pushing him around on what looks like a luggage cart. Chase says that “He’s loving having to push me around.” However, he doesn’t share why Grayson has to push him around.

Not even Chase’s Instagram profile gives away any details about what has this trio traveling together. Notably, the last time that Chase shares a photo on Instagram was over the Memorial Day weekend. Neither Nic nor Grayson’s Instagrams provide any clues about what the traveling is for.

What do you think about Chase Chrisley trying to sell Nic Kerdiles? Let us know your thoughts in the comment section below. Make sure to come back to TV Shows Ace for more Chrisley Knows Best news.