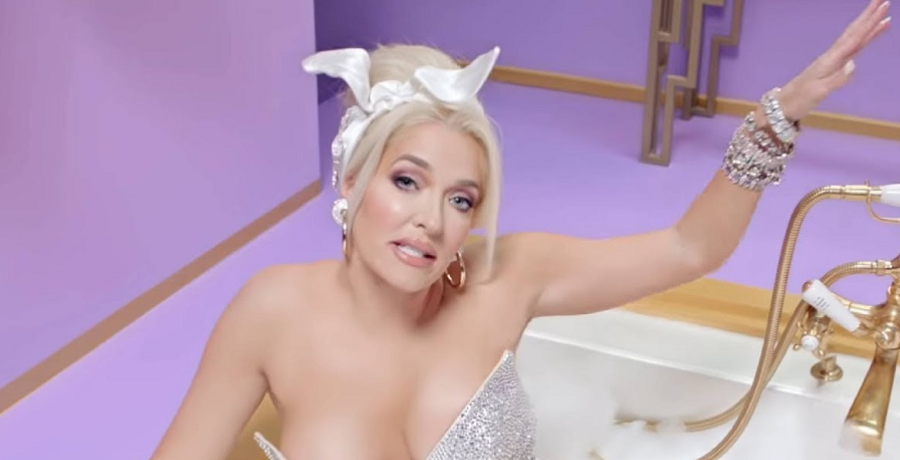 On Monday, June 14, RHOBH fans tuned into the premiere of The Housewife and the Hustler on Hulu. The documentary tells the lives of Erika Jayne and her attorney husband Tom Girardi. Tom’s alleged victims speak out, as well as Real Housewives of New Jersey star Danielle Staub. The documentary accuses the couple of stealing missions from Tom’s clients.

Fans could not wait for this show to drop on Hulu. They find that the timing of the events is interesting considering Season 11 of The Real Housewives of Beverly Hills is airing. Erika promises to share her side of the story this upcoming season. For now, this documentary gives juicy details about the couple’s lavish lifestyle.

The Housewife & the Hustler debuts on Hulu

The highly-anticipated ABC News’ Original special for Hulu, titled The Housewife and the Hustler talk about the current legal issues involving RHOBH star Erika Jayne and her estranged husband, one-time hot-shot attorney Tom Girardi. The show made its debut on Monday, June 14 on Hulu. The documentary runs for over an hour and talks about Tom’s past financial misdeeds.

It doesn’t stop there. It also addressed Erika Jayne’s lavish lifestyle, including her over-the-top persona. She has a rags-to-riches story about going from a dancer at a New Jersey strip club to marrying the multimillionaire lawyer from Los Angeles. Tom’s questionable legal practices have been rumored for ages, yet the bar never stepped in.

Now, Erika is putting her life at risk by appearing on The Real Housewives of Beverly Hills, which just premiered its 11th season. NBCUniversal, as well as Erika and Tom, have not responded to a request for comment. The Housewife and the Hustler includes a guest appearance by Danielle Staub, a former RHONJ cast member. Her appearance had many scratching their heads and arguing that it cheapened the authenticity of the documentary.

At first, the documentary seems to be focused on Erika and her rising fame. Then it gets interesting when ABC News’ Steven Baker interviews some of the people who allege that Tom has stolen settlement money from. There’s also an investigative look into the ongoing allegations against Tom Girardi and his Girardi Keese law firm, which was forced into bankruptcy in January. Tom declares he’s broke, while Erika still has plenty of money of her own.

It didn’t take long for RHOBH fans to react to this documentary. They’ve been waiting for this moment for a while. They took to various forms of social media to sound off on the program. Others had virtual watch parties in which they would gather together and watch the show at the same time while sharing their thoughts on a public platform.

Most feel that The Housewife and the Hustler doesn’t show Erika in a good light. They feel that she’s just as guilty as Tom. Others think he’s just to blame. Here are just some of the comments from Twitter:

Some praised the show for exposing Erika and Tom. One fan wondered how they got away with this for so long. Another fan said that the documentary was “sleazy crappolla, poorly and heartlessly edited and a waste of my brain.” It’s unclear whether that particular fan sides with Erika Jayne and Tom Girardi.

Did you watch The Housewife and the Hustler? If so, what are your thoughts? Sound off below in the comments.