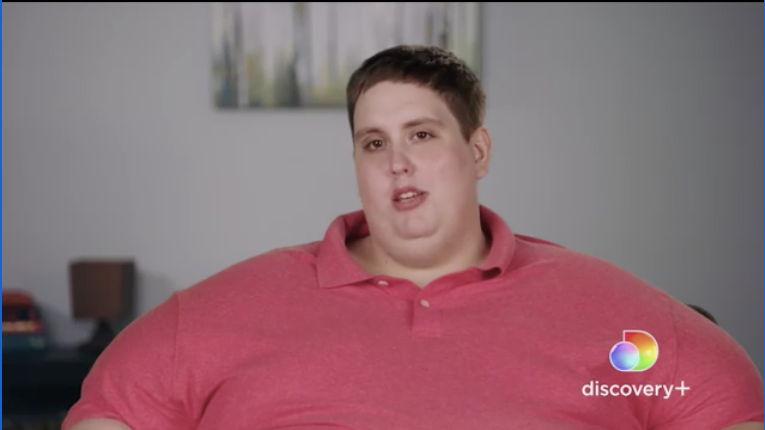 The last couple of episodes of Too Large features Meghan and her best friend Vannessa. Luckily for her, it seems like things are going smoothly for her in her weight loss journey. Now, the latest super-sized reality television show introduces a new patient of Dr. Procter’s – Corey.

While viewers may not recognize Corey, they’re sure to recognize Dr. Procter. Fans of TLC’s 1000-Lb. Sisters see Dr. Procter treat Amy and Tammy Slaton. Now he’s the doctor behind Too Large.

Now, there’s a new episode of Too Large to watch on discovery +. Consequently, TLC posts a trailer for the episode to introduce viewers to the new cast member, Corey. The trailer begins with Corey introducing himself. He shares that he’s 28 and gay. Not only that but he says, “I’m definitely a thicc b*tch with a few extra c’s.”

Much like Meghan, Corey also has his best friend on the show. He shares that he shares a one-bedroom apartment in Cartersville, Georgia with his best friend, Renee. Since they are “bare bone-sing it” Renee’s room is the living room.

Next, viewers may notice that Corey is making himself breakfast after sleeping all day. Shockingly, his breakfast consists of an entire box of cereal in a mixing bowl. Renee doesn’t even bat an eye. Not only that, but she suggests that they go get donuts. In the comment section of the trailer, viewers call her out. “Why did she say they should get donuts this girl is an enabler.”

Corey explains that being his size takes a toll on him physically, emotionally, and mentally. He even shares that he’s been the victim of fat-shaming. “I’ve been called every name you could possibly think of,” shares Corey.

His motivation may be heartbreak

Emotionally, Corey goes on to share that his dad was the biggest supporter of his weight loss because he gave Corey “the fat gene.” Not only did Corey’s dad support a healthier lifestyle, but he also had his back when he came out as gay. Unfortunately, Corey’s dad passed away a few months ago.

Viewers seem to already have a lot of love and support for Corey. One follower says it best. “He seems like a really fun guy. I’m really sorry he just lost his father. I bet his dad would be so proud of him. I’m rooting for you Cory [sic]!”

What do you think about Corey on Too Large? Do you think he’ll be successful in losing weight? Let us know your thoughts in the comment section below. Come back to TV Shows Ace for more Too Large and other discovery + news.