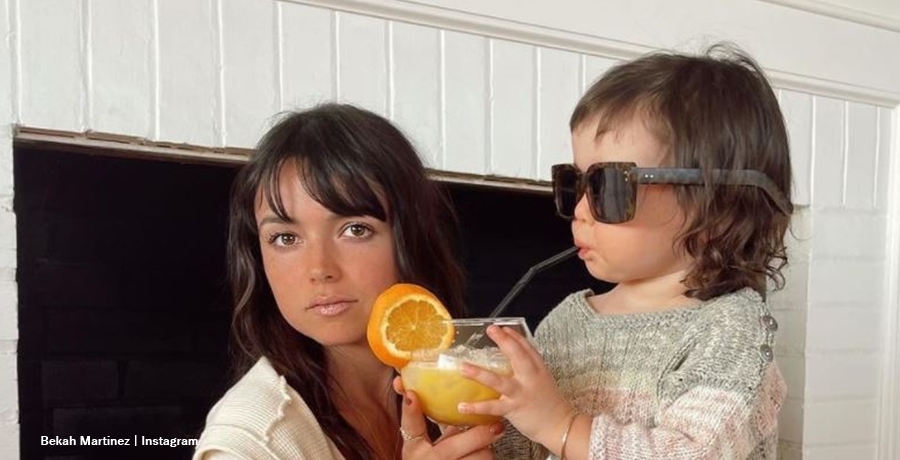 Bekah Martinez featured on The Bachelor and later she met her boyfriend Grayston Leonard. Nowadays, she raises two children, Ruth and Franklin, aka Frank. This weekend, she took to her Instagram Stories and related a heart-stopping moment with the little kids. Fortunately, people reached out and gave some help. Things might have worked out a lot worse without timely action.

ABC fans often troll on the mom of two and it seems a bit unfair. After all, she breastfeeds the kids and really opens up about it. Franklin and Ruth often feature in photos of her feeding them. In fact, sometimes she posts photos of them both feeding at the same time. Proud to be a mom, she makes no apology for it. After all, it’s perfectly natural. Mind you, in April last year a lot of Bachelor fans slammed her as she still fed her two-year-old daughter breast milk. However, fed up with it, she slammed people for being so narrow-minded.

Like a lot of moms, Bekah Martinez tries balancing work with her family, so sometimes she feels mom-shamed. It’s a tricky situation, as she sometimes feels a bit of guilt. Well, fans who think she deserves mom-shaming might feel differently this time. After all, she nearly experienced something really bad with the two kids on the weekend. Fortunately, kindly people reached out and helped her avoid anything worse happening. It all went south when she took the kids to the beach.

What Bekah Martinez plans for the kids turned out very stressful. As people do, if they live near the coast, they often take the kids to the beach. You know the sort of fun day families enjoy there. Walking, paddling, playing in the sun. It’s all really good fun. However, loading up the car, the Bachelor star popped the kids inside and closed the door. Unfortunately US Weekly reported, she didn’t realize she actually locked the doors. With the keys and her phone inside, she started panicking a bit.

On her Instagram stories, Bekah Martinez explained how a random stranger helped her with a phone and they called for help. However, it took a while, so they nearly smashed in the back window. “We were getting super nervous because the kids were POURING sweat and Frank was visibly shaking,” she explained. Fortunately, the fire department arrived and opened the doors.

Can you imagine the fear and worry that the Bachelor star must have felt when she locked her two kids in a hot car? Sound off in the comments below.

Remember to check back with us often for more news and updates about Bekah Martinez from ABC’s Bachelor.