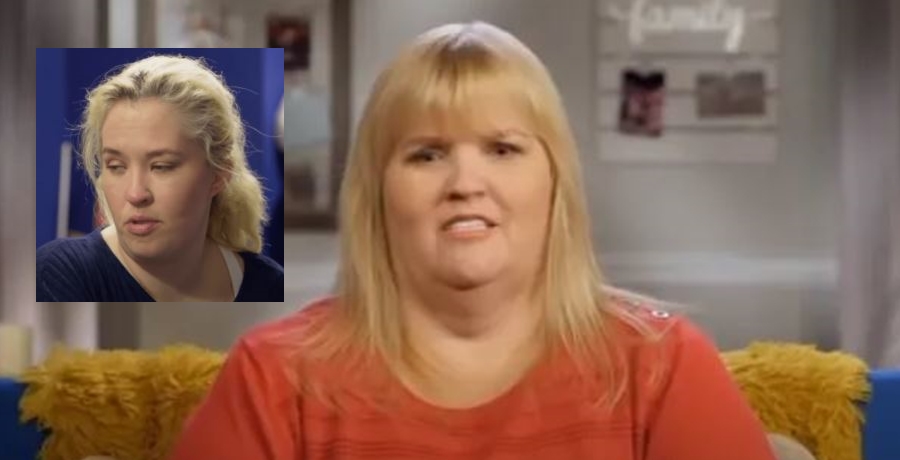 Jo Shannon knows that Pumpkin’s baby gender reveal came on Road to Redemption. Nevertheless, she shared photos this weekend that revealed more about the celebrations the family held. Many fans congratulated Pumpkin and Josh Efird in the comments. However, others noticed that Mama June popped up twice, and impatiently asked her sister to check her messages. So, fans wonder if Jo ignores her sister.

Recall, in an early teaser for the new season of Mama June, her sister looked unimpressed when she and Geno knocked at her door. Plus, she and Pumpkin seemed upset when Geno ruined June’s meet-up with her daughters. Anyway, it all turned out okay and some fans think Jo Shannon’s just fine with June these days. However, it’s hard to actually know. June claims that fans see what they get and it’s the real deal. However, fans know that it’s obvious that some scenes are edited and perhaps rehearsed a bit.

In the episode where Mama June went off to jail for a day or so after Geno pranked her, fans also saw Pumpkin’s baby gender reveal. So, Jo Shannon presumably didn’t spoil anything for the WEtv show when she shared about the party they enjoyed this weekend. Fans already know that Pumpkin expects a baby. In fact, many of them think she’s way more advanced in her pregnancy than they first thought. Additionally, fans already know from the show that Pumpkin expects a little boy. So, it’s not clear why June tried getting ahold of her sister twice inside of 20 minutes.

Pumpkin’s baby gender reveal on the show & by Jo – is she ignoring Mama June?

IBT already wrote about how in the show, Pumpkin’s gender reveal came when the family sliced up a cake and saw that it was a boy. Jo Shannon also posted about it. However, it was dated this week, Sunday, June 6. She posted up quite a lot of photos of Pumpkin and her daughter Ella Grace. In her caption, she explained more about their special day. Apparently, the little kids enjoyed playing on a water slide. She seemed delighted that family and friends all attended the event.

Jo Shannon captioned her photos with, “Was a great day to celebrate @pumpkin and @official_josh_efird today with family and friends. Yes, even a water slide for all the kids big and little. Epic celebration.” Well, as she said “today,” presumably she meant June 6. Whatever the actual date, it seems that June sounded quite desperate to talk to her. In her post, one fan asked if Jo ignores her sister June. Admittedly, June asked her twice to check her DMs.

Well, in her caption, it looks like the day included most of the family, as  Jo Shannon tagged them. And yes, Mama June was also tagged. So clearly, she does stay in touch with her sister. Perhaps, as she posted the photos about Pumpkin’s baby gender reveal late at night, Jo just went to bed afterward and never saw June’s messages yet. 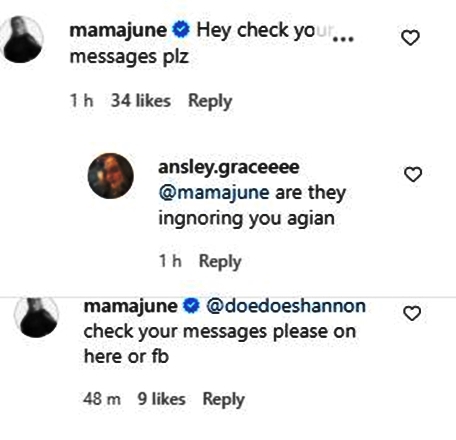 Remember to check back with us often for more news about Jo Shannon, Mama June, and Pumpkin’s baby.

Jacob Roloff Gives Wife Isabel ‘The Itch’
How Does Jana Duggar Make All Her Money? 2022 Net Worth Revealed
‘Welcome To Plathville’ Micah Plath In Name-Brand Commercial?
Kendall Jenner’s Abs To Die For In Recent Selfie
‘One Piece’: How Many Seasons Are On Netflix?