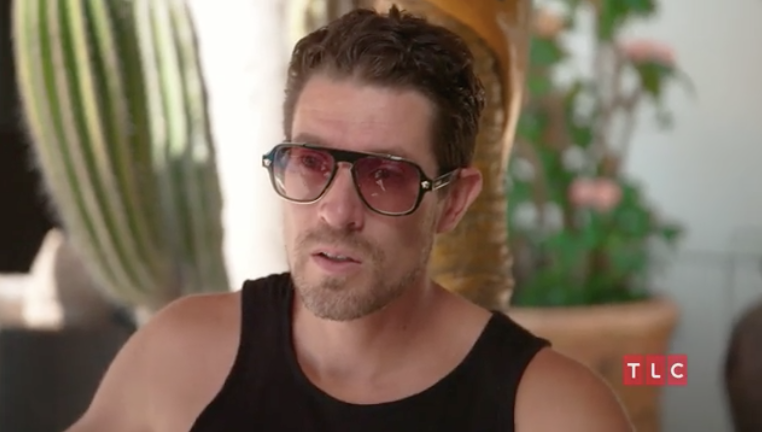 It almost seems like an understatement to say that this season of Seeking Sister Wife is full of drama. Notably, the drama from the Season 3 cast happens on and off-camera. Many viewers watch in awe and disgust as Garrick and Dannielle Merrifield’s relationship with their sister-wife potential, Roberta (Bert) develops. Tonight’s season finale (June 7) is sure to be full of drama. Garrick and Bert put off their wedding, but that doesn’t keep them from wanting to further their relationship. They want to have a baby together. For some reason, Dannielle, her sons and her parents all go with Garrick to Mexico to see Bert on the baby-making mission. Keep reading to see what happens when Dannielle’s dad has a man-to-man conversation with Garrick

Ahead of tonight’s Seeking Sister Wife season finale, TLC shares a teaser clip on Instagram. At the beginning of the clip, Dannielle’s father is having a man-to-man conversation with Garrick. Dannielle’s father explains to Garrick that he “knows what Dannielle’s been through.” Not only that, “she made a pretty big commitment,” says Dannielle’s dad in reference to her divorce from Garrick. It seems like one of the reasons Dannielle’s dad may seem like he’s on board with everything because Dannielle did a good deed to get Bert to the United States.

However, like any father looking out for his child, Dannielle’s dad wants to make sure that his daughter’s partner takes care of her. It appears like there might be some concern that Dannielle may be cast to the side once things are more permanent with Roberta. Viewers get the feeling that Garrick doesn’t quite know what to say, but he nearly mumbles, “Yeah. I agree.”

Next, it seems like Garrick is caught off guard. His response to his former father-in-law is sprinkled with “ums” and hesitation. However, he assures Dannielle’s father that he is going to make her a priority. Dannielle’s dad doesn’t hesitate to tell Garrick that “he better.”

However, in a confessional segment, viewers see a different side of Dannielle’s father. He explains that Garrick has gone through a lot when he decided to live the plural lifestyle. This includes being disowned from his family. So, Dannielle’s father feels bad for him.

As Seeking Sister Wife viewers have heard Garrick say time and time again, he puts everything back on God. So, when Dannielle’s father asks him what his plan is if Roberta gets pregnant and can’t leave Brazil. As Garrick stumbles through his explanation, it becomes apparent that he doesn’t have a plan. At this point, Dannielle’s father’s only response is to tell Garrick to “man up.”

What do you think about Dannielle’s parents being involved in the Roberta situation? Do you agree with Garrick’s father-in-law that Garrick needs to man up? Let us know your thoughts about this Seeking Sister Wife family in the comments below. Make sure to come back to TV Shows Ace for more Seeking Sister Wife news.

Tune in to the Season 3 Seeking Sister Wife finale tonight (June 7) at 8/7c.