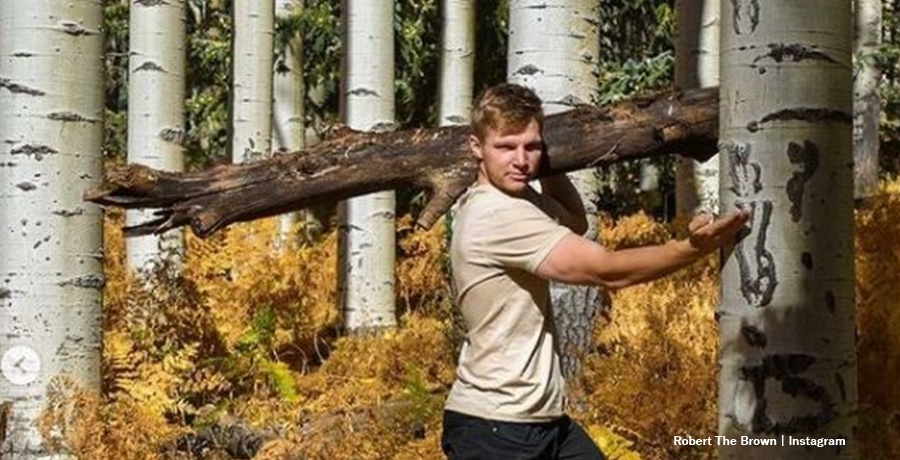 Robert Brown seems like a very talented young man. Garrison, as some fans know him, picked up some carpentry from Janelle’s dad and he puts it to very good use. Fans know that he stayed with his mom in the last season of the show. However, now it looks like he finished his trailer home and moves in. Possibly, he rushed moving in as TLC fans heard that his mom’s rental already got a buyer. But is his van dirty or just a bit disorganized from moving into it? Some Sister Wives fans seemed a bit confused when they saw the photos this weekend.

In December last year, Sister Wives star Janelle Brown proudly revealed that her son worked away at making her a table. At the time, she told her fans, “Garrison is building me a table! There is a long line of carpenters on my dad’s side of the family. Maybe he has picked up that torch.” Well, TLC fans love a man who worked with his hands, so plenty of nice comments went the way of Robert Garrison. Mind you, fans still await the photos of the completed wooden table that he made for his mom.

Janelle Brown Reveals Yet Another Talent Of Garrison

In March, Janelle sang the praises of her son Robert Brown once again. This time, she proudly revealed that he worked away at renovating his own trailer. Judging by the photos, he put a lot of very hard work into it. Certainly, it all looked professionally done in those early photos.

It’s not clear if he still studies at the College of Southern Nevada. Maybe he ends up making a career out of building things as his Instagram profile now says, “Building Materials.” Now it looks like he moved into the van and still sorts it out.

On Saturday, June 5, Robert Brown took to his Instagram and revealed that he moves in. In his caption, he told his followers that he lives by the river. Some of the photos show a spick and span little home. However, fans noticed that in others, it looks a bit dirty and cluttered. Well, scrolling through all the photos, it looks like he is still unpacking stuff. One photo revealed him hanging a sign that read, “Live, Laugh, Love.” Then in another one, some plastic on the floor looks like maybe he’s still unpacking.

Robert Brown obviously takes care in keeping his kitchen clean though. There, he placed some cleaning materials and dishwashing soap. Another photo revealed the place strewn with woodworking tools and what looks like files and touch-up materials. Perhaps he moved in while still completing the final touches. After all, fans know his mom needs to find a new place to live.

Entertainment Chronicle reported that after Janelle’s rental home was listed, it very quickly found a buyer. Now fans wait to hear where she relocates to. Unfortunately, it looks like no development yet took place on Kody’s properties at Coyote Pass.

Remember to check back with us often for more news about Robert Brown from TLC’s Sister Wives.

Tayshia Adams Says Goodbye ‘For A Little While’
Kelly Clarkson Reaches Settlement In Home Ownership Battle With Ex-Husband
Pete Davidson’s Mom Doesn’t Support Relationship With Kim Kardashian
‘Sister Wives’: Did Kody Brown’s Love Ever Extend Beyond Robyn?
Are We Getting A ‘Too Hot To Handle’ Season 4?