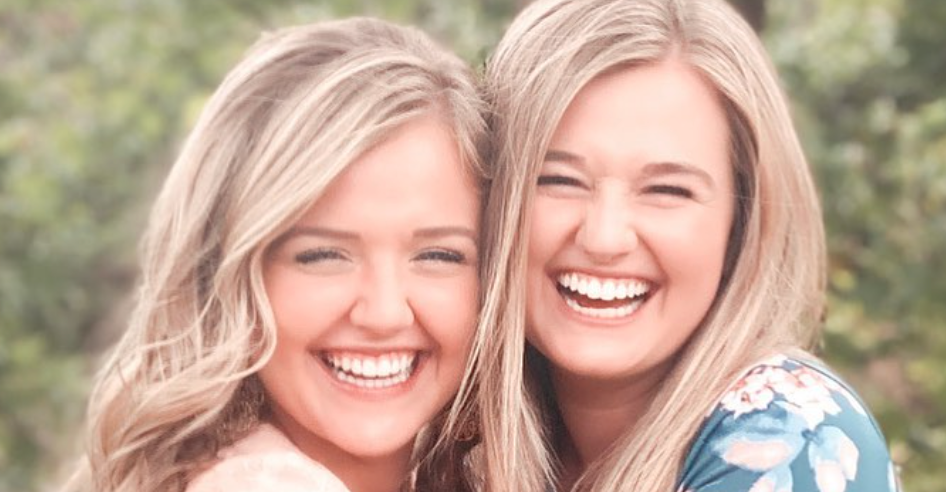 Lauren Caldwell, Kendra Duggar’s younger sister, has been linked to a couple of Duggar men. So far, nothing has come from the speculation and rumors. So, fans are trying to figure out what went wrong. There are plenty of possibilities, and a new theory is that Josh Duggar’s arrest is keeping Lauren away from the family. While that’s possible, it looks like there’s another explanation for the lack of a courtship.

Lauren just celebrated her 21st birthday, and several of the guys in the Duggar family are around her age. Jeremiah is 22, Jason is 21, and James is 19. So, she could court one of them. Now, it’s not looking likely.

Katie Joy of Without a Crystal Ball revealed some interesting information about Lauren potentially courting a Duggar. A source gave Katie some background information, revealing why we haven’t seen a Caldwell-Duggar courtship since Kendra and Joe tied the knot a few years ago.

In a social media post about this, Katie writes:

“My source says there won’t be courtships between Lauren & James or any other Duggar because of a rift between Paul Caldwell & Jim Bob Duggar. The rift occurred in the spring of 2020. Paul was living in a home owned by Jim Bob Duggar rent free following the wedding between Kendra & Joe according to my source. JB & Paul apparently got into something big. My source claims JB demanded Paul & Christina pay rent. When they refused, they were kicked out of the house. My source claims Paul worked for JB & the housing was connected to employment & being JB’s pastor. When JB kicked them out, Paul & Christina moved into a newly built home by Kendra & Joe Duggar. The home was intended for Kendra & Joe to move into. Instead, Kendra & Joe remained in the log cabin – her parents moved into the new house – according to my source.”

Katie continues, “The blood has apparently been bad between the Caldwells & Duggars since. Even though the Caldwells attended recent weddings & events held by the Duggars, this was due to their relationship with Kendra & Joe – according to my source. Joe is said to be upset with his parents. So there will likely be no courtships between the families due to this according to my source. It’s unclear what the rift was about. It started at Paul’s church & blew up from there. Lauren would never be able to marry a Duggar at this point, not because she decided – but her dad would never allow it. Girls cannot marry without their father approving the marriage.”

So, who will Lauren Caldwell end up with?

Since a courtship with a Duggar boy is out of the picture, it’s unclear who Lauren will end up courting and later marrying. As we’ve reported, Lauren had a failed engagement with a man named Titus Hall. After a short engagement, the pair ultimately broke it off for an unknown reason. At this point, the Caldwells haven’t addressed this failed relationship. All they’ve done is delete the proposal photos from their Instagram page.

So, do you think that Lauren Caldwell will ever end up with a Duggar guy? Or do you think this conflict eliminated those chances? Let us know your thoughts in the comments below.