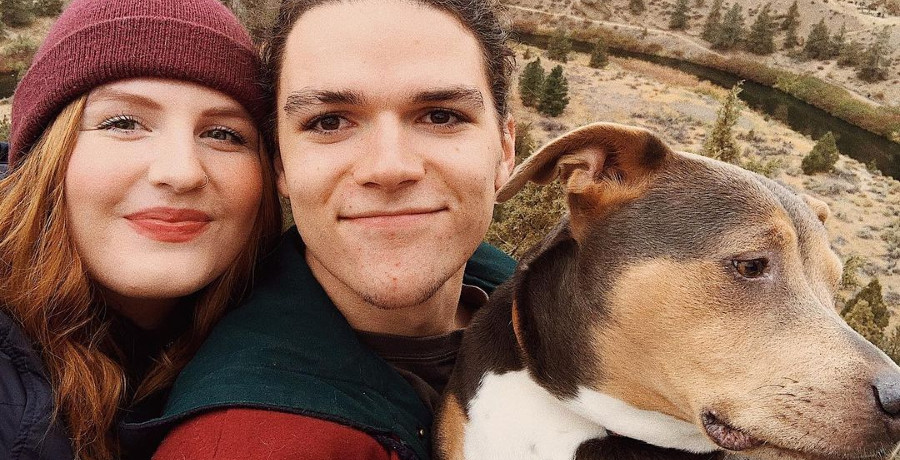 Jacob Roloff left Little People, Big World in 2016. But five years later, a moment of nostalgia led him to rewatch the first 4 seasons of the TLC show. And to his surprise, his now-wife, Isabel “Izzy” Rock, shows up in an early episode. They didn’t even know each other yet. Why was she on the TLC show? How did they meet? Was their romance fate??

The youngest Roloff son may have left the TLC show behind, but it seems he just can’t escape it. He took to his Instagram Stories to share a screenshot of an early episode. He recognized someone in the background of the scene. That ‘someone’ would later become his wife.

According to Jacob, he stumbled upon some old DVDs of the reality show and decided to take a trip down memory lane. However, he was surprised by what he found. He spotted his wife, Izzy and her mom Toni, on the scene after a terrifying accident when he was just nine-years-old.

In his Instagram Stories, he reveals that Izzy and Toni were present “the day of the trebuchet accident” in 2006. People magazine reported at the time that “a 2,000-pound concrete weight dislodged from a trebuchet.” It struck young Jacob and Mike Detjen, a family friend.

According to Jacob, Izzy’s mother  is the one who yelled to alert the Roloff family that Jacob was hurt. The LPBW alum notes that he and Izzy didn’t know each other yet.

While Jacob Roloff shared only one Instagram Stories slide about their eerie childhood connection, Isabel Roloff gave more details. She reposted Jacob’s original slide and then elaborated on what went down.

Izzy confirmed that she hadn’t actually met Jacob Roloff yet. In fact, she was only at the farm because it was the last day of pumpkin season. Izzy was talking to Jacob’s sister, Molly. Molly is another of the Roloff siblings who no longer appear on the show.

Izzy recalled that her mom, Toni, started screaming that Jacob was “crushed” by the machinery.

In another slide, she talks about how Jacob thought it was “wild” that she was there at the scene of the accident. It was something that they talked about when they were first dating.

When rewatching the old episode, she couldn’t believe she had “walked past my future husband” without knowing it.

How Isabel and Jacob met is a bit of a mystery… until now. On her Instagram Stories, Izzy reveals that they first met on the school bus. In an earlier slide, she said that she grew up living “down the street” from Roloff Farms. However, it wasn’t for a few years after the trebuchet accident that they met.

Does she chalk it up to fate? Isabel said she believes there was a reason that she and her mom were there that day. As LPBW fans know, Izzy’s mom died of breast cancer in 2014. Two years earlier, her brother died in a tragic accident.

Do you think fate brought Isabel and Jacob together? Share your thoughts in the comments below. Little People, Big World airs Tuesdays on TLC.