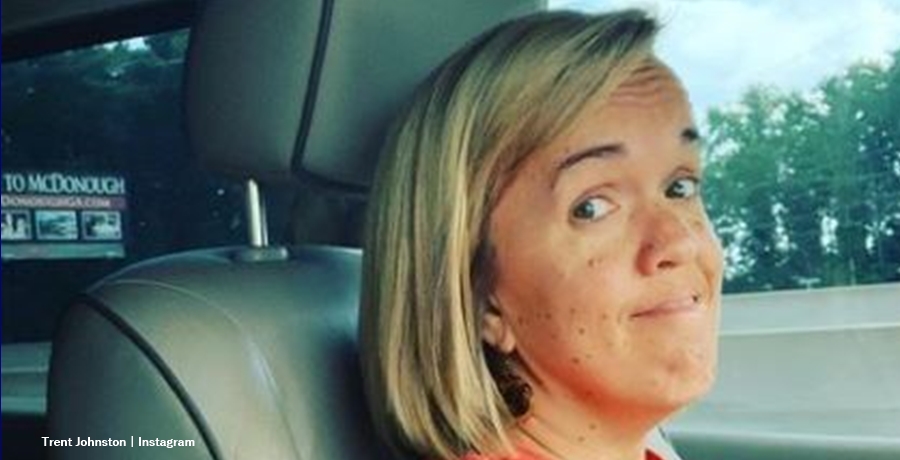 Amber Johnston, the matriarch of 7 Little Johnstons on TLC, made a huge effort to get fit and lose weight. She first started sharing about it in December 2020. Over the last six months or so, she regularly updated her fans. Now, ahead of the premiere of the new season, she revealed some comparison photos. She also updated fans on how much weight she lost.

We reported in September 2020, that the mom of five kids started gaining weight after a back injury. She faced surgery and her doctor prescribed steroids. Obviously, she felt afraid of working out too much in case she reinjured herself. Plus, she said that the steroids also made her put on weight. When the TLC star talked about losing weight on Instagram, she told her fans that they might also try her diet and exercise plan. However, she stressed that she didn’t talk about it to promote anything. At the time, she noted she lost 25 pounds in two months by following the plan by Octavia Works.

In January this year, Amber Johnston returned to Instagram with more good news. At the time, she posted up a photo of herself messing about on a climbing wall. She also shared two comparison photos. In fact, they revealed she lost more weight. In her caption, she told TLC fans that in days gone by, probably, climbing those walls seemed impossible. Actually, her motivation for weight loss actually started when she struggled physically on a simple hike. By the time she posted about the climbing wall, she lost a further 19 pounds since September 2020.

Amber Johnston took to her Instagram Stories this weekend and shared some photos. You can see the two comparison photos taken six months apart below:

TV Season Spoilers also noted her weight loss and noted that she shed a further 13 pounds. Nowadays, she lost a total of 53 Pounds equating to 28 Inches. Her last photo revealed her standing next to the swimming pool. Wearing a blue t-shirt and leggings, she looked so happy and slim.

Confident, Amber Johnston also noted in her weight-loss Stories that the weight is gone forever. In fact, she also talked about how she now lives her habit every single day. Clearly, she made her exercise and diet a top priority for so long, it became second nature to her. The 7 Little Johnstons mom seems like a perfect example of how persistence pays when it comes to losing weight permanently. Most likely, her many TLC fans feel inspired by following her journey to good health.

Remember to tune in and watch Amber Johnston and the rest of her family on TLC’s 7 Little Johnstons which premieres Season 9 on May 25, 2021.