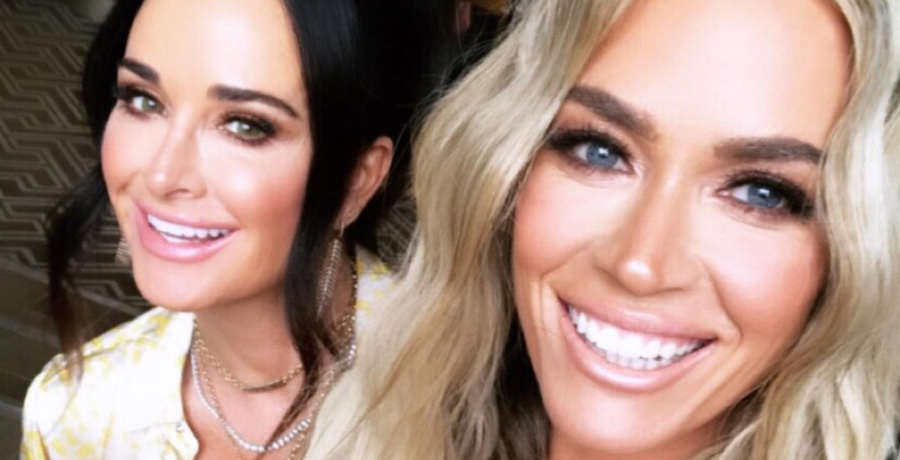 Bravo fired Teddi Mellencamp following Season 10 of The Real Housewives of Beverly Hills. Fans felt like they finally got justice because they thought she was one of the mean girls on the show. They didn’t like how she handled Brandi Glanville’s drama with Denise Richards. However, some would argue that most of the cast members did not appear well that season.

In the meantime, the controversy surrounding her “All In” coaching programs went viral. Former clients claimed that Teddi and her fellow accountability coaches encouraged unhealthy habits. Once again she was accused of acting like a bully for the sake of health. Despite the backlash, Teddi will make a return to RHOBH Season 11.

Jon Mellencamp’s daughter is returning to The Real Housewives of Beverly Hills. On the latest episode of her podcast, Teddi Mellencamp spoke to former co-star Kyle Richards. During the interview, Kyle said she had to pull her friend’s arm. Teddi was reluctant to return to the reality series after her September 2020 firing.

“Yes, well obviously,” Kyle spoke of Teddi’s return on the Monday, May 24 episode of Teddi Tea podcast, per Us Weekly. “I mean, I had to drag you, but you did.”

Teddi would not reveal how many episodes she filmed, or what the situation was about. However, she did not deny her forthcoming appearance. She only teased, “You’ll have to see.” Kyle said that Teddi did not want to film for Season 11 of RHOBH. So, she had to do “some convincing” to get Teddi back on the show.

Teddi Mellencamp confirmed that Bravo fired her from her full-time position as Housewife on The Real Housewives of Beverly Hills. In an emotional Instagram post, she explained that she wanted to confirm the rumors that floated around in the media. Teddi also joked that she didn’t want to “bore” the fans with the details. She went on to call the firing a “breakup” because she formed “such strong relationships with the cast” and “with the crew.”

Regardless, Teddi was optimistic about her future. She used her time to focus on her business, as well as spend more time with her family and friends. Following Teddi’s exit, Bravo exec Andy Cohen complimented Teddi on his radio show, Radio Andy. He felt that her goodbye statement was refreshing and honest compared to others in the past.

“Teddi Mellencamp released what I thought was one of the most, no BS, ‘I’m leaving’ announcements on record,” Andy said. “I thought that was really good. She’s an accountability coach. So she checked herself.”

Back in March, Teddi teased that she’s “developing a show based on All In.” Despite the controversy, she wants to bring the show to television and empower more women to lose weight and lead healthy lives. What are your thoughts on Teddi returning to RHOBH? Sound off below in the comments.