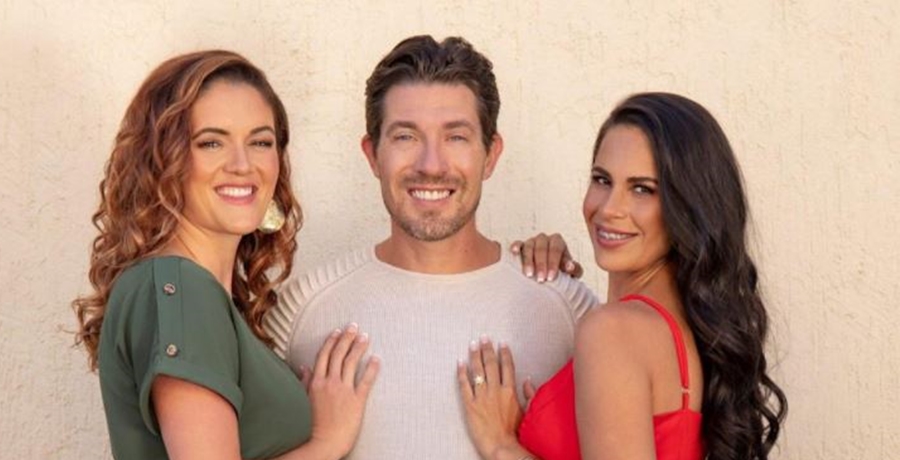 A Seeking Sister Wife spoiler came from a short teaser. A sneak peek for this week’s show likely brings a lot more haters from the TLC fanbase. After all, he’s already one of the most hated cast members in the franchise. Recall, Dannielle divorced Garrick so they could bring in Roberta from Brazil. However, from the very beginning, it sounded like he wanted it more than she ever did.

Garrick stated emphatically that he and his wife Dannielle both bought into the idea of bringing in another wife. Actually, he says that God told them to do it. Really, that annoyed TLC fans. After all, it becomes clear as the season progresses, that he wants it more than Dannielle. Plus, they see the hurt and pain that his wife goes through. So, they doubt God worked up a plan that hurts her so badly. Fans also don’t like it that when they met Roberta in Mexico, Garrick quickly became intimate with Roberta.

The new Seeking Sister Wife spoiler reveals that in the next episode, fans see Garrick talking about a baby. Well, they already raised two sons, Geremiah and Solomon. So, fans also hate it that the kids get caught up with multiple moms. Many TLC fans think the parents hop on the show for five minutes of fame at the expense of their very confused children. While many people don’t like Kody Brown on Sister Wives, at least he raises relatively stable children with his long-term wives.

Garrick tells Dannielle that he and Roberta plan for a baby

People Magazine revealed the Seeking Sister Wife spoiler about Garrick and Roberta. In a sneak peek, he told Dannielle, “me and Roberta decided together that with her being 33 and not getting any younger, we’re going to go ahead and plan a trip to Mexico — with or without the visa — to try to have a baby.” Well, that makes Dannielle feel a bit upset. After all, it’s the middle of the pandemic and they struggle with communications. Additionally, she thinks it seems risky to make a baby before even marrying.

As usual, the Seeking Sister Wife spoiler also shows her trying to be all sweetness and light. Often, she says things that she clearly doesn’t mean. In fact, her body language seems like a dead giveaway every time. So, she said, “I… want to be supportive and I know the goal is for Garrick and Roberta to ultimately start a family together.”

What are your thoughts about this new plan that Garrick proposed to his wife Dannielle? Do you think he’s the villain of the TLC show? Sound off in the comments below

Remember to check back with us often for more Seeking Sister Wife spoilers, news, and updates about Garrick Merrifield, Dannielle, and Roberta on TLC.