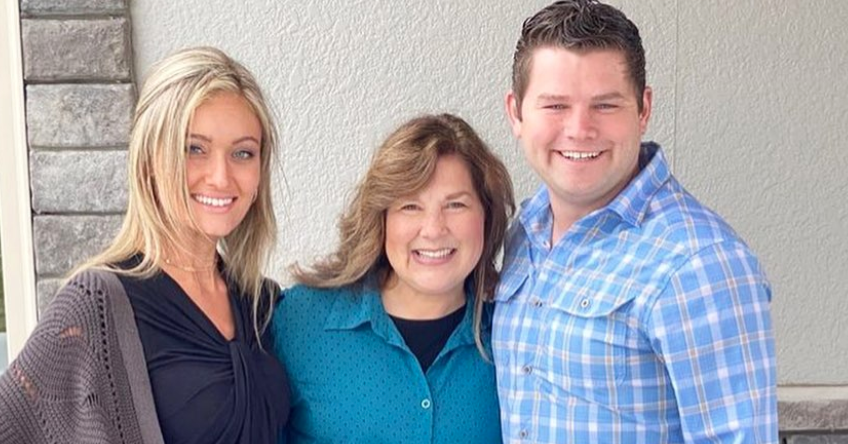 On Monday morning, we reported that Nathan Bates and Esther Keyes are engaged! The engagement was first confirmed by Fox News. Now, the family is sharing some of the photos from the special day.

Fox reports that Nathan popped the question after a three-day journey to their hometowns and ending up in Florida. He asked Esther to marry him in front of “Marry Me” marquee lights and candles.

Nathan explained how it all went down, saying:

“I planned three days of events to celebrate our relationship that would begin in PA (where Esther is from), move to TN (where I am from), and finally end in Orlando with the proposal. Each day was a surprise and centered around a different lake, and each one built in splendor. The proposal decorations, the backdrop against Conway Lake, and Esther’s excitement and smile all made this day the best memory that we’ve both ever experienced! We’ve already started talking about wedding dates and can’t quit laughing and crying as we think back over the emotions we’ve shared together these past few days.”

It won’t be long before these two tie the knot. One of Nathan’s sisters, Katie Bates, will be getting married in December. So, we’ll have to see who ends up getting hitched first.

On social media, the couple shared their big news with Bringing Up Bates fans. Plus, Nathan’s parents posted a photo, sharing their excitement. Isaiah Garrido took photos of the special moment. It’s likely that the Bates family will continue to share more photos and maybe even a video from the proposal soon. For now, Esther and Nathan each shared a few snaps.

In the caption of her post, Esther writes, “Nathan has treated me like a queen every single day since our relationship began and I am so honored to be his fiancé! I’m overwhelmed with happiness and so thankful to God for bringing us together and making our story beautiful! We are so blessed!”

You can see all of the photos here.

So, what do you think of the sweet proposal and the new pictures? Are you excited for Esther Keyes and Nathan Bates? Let us know in the comments below.

For more updates about the Bates family and new episodes of Bringing Up Bates, check back with TV Shows Ace.