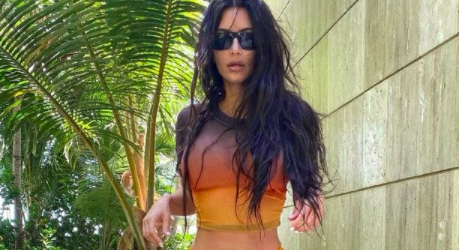 She may just be starting out but Keeping up with the Kardashians star, Kim Kardashian, has already made a huge name for herself in the attorney world. She already has one big fan.

Kim Kardashian as a lawyer

Kim K. has been in law school for quite a while now. Fans were able to watch her journey to take the baby bar on Keeping up with the Kardashians. She’s very passionate about the social justice system, so this seems like the perfect field for her. Others think she will be perfect for the job too.

According to Yahoo! CNN political contributor, Van Jones, can’t get over Kim Kardashian and how great she will be.

“She has used her platform to help people behind bars. Her dad was a lawyer, and she always wanted to be a lawyer,” he says. “When she got a taste of what she could do using her platform, using her brain, she hasn’t let up.”

It sounds like this has been a dream of Kim’s for a while. Now that she has such a huge following, she is able to use those followers for good. Becoming a lawyer is the next logical step for her. She takes her school work seriously too Van Jones notes.

“She takes these cases seriously,” he says. “It’s embarrassing to go into a meeting with Kim Kardashian, you’re the attorney and she’s not and she knows more than you by far, and that happens all the time.”

As seen on social media, she is so passionate about the things she cares about. Van Jones notes that that passion translates into her finding out how she can be helpful.

“[Kim] is so prepared, she is so passionate, she reads the letters that she gets, and is always trying to figure out how to be helpful,” he says. “People forget she is the daughter of a very accomplished lawyer. She is also the mother of three African-American kids, so that puts that criminal justice conversation in a different place.”

Of course, Kim has a bit of an advantage. Not only is she a reality TV star. Her father is also Robert Kardashian as Van Jones mentions, a famous lawyer who worked on the OJ Simpson case. Of course, she has lots of people rooting for her already.

That should certainly not stop her from trying to make the world a better place though.

Do you think Kim Kardahsian will be a good lawyer? Let us know in the comments below. Come back to TV Shows Ace for more news on all of your favorite reality TV stars.

‘Basketball Wives’ Why Is Evelyn Lozada Officially Leaving The Show?
‘LPBW’: Matt Roloff Owes Ex-Wife Amy Money?
Ashley Marti A No-Show At ‘Below Deck’ Reunion?
Why Is Hallmark Signing So Many Stars To Talent Deals?
‘Welcome To Plathville’ Ethan Plath Does His 24th Birthday Big Time