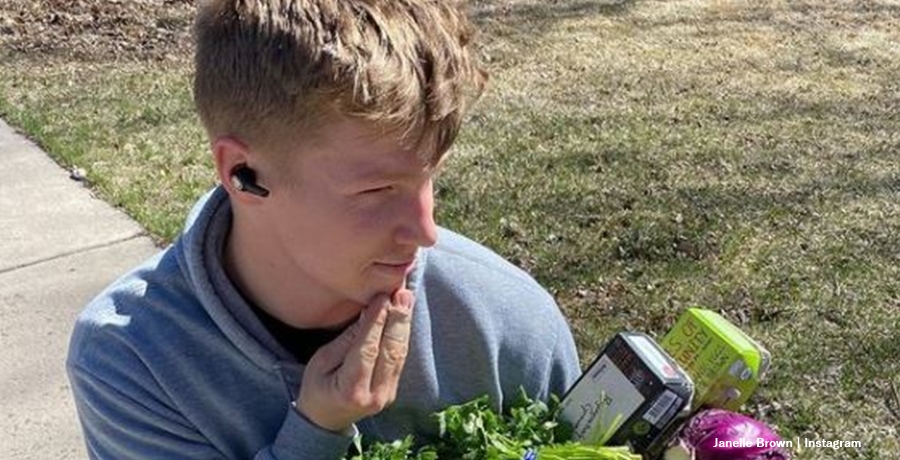 Robert Garrison Brown went very quiet when he joined the National Guard. In fact, since then fans hardly ever see him on the Sister Wives show. Recall, Janelle & Kody preferred he did that rather than join the army. As fans know from the last season on TLC, Kody complained that Garrison, or Robert as he prefers to be known, continued working during quarantine, so Kody couldn’t visit Janelle. So, it looks like he remains in Flagstaff these days.

Does Robert Garrison Brown have a girlfriend?

In 2019, Janelle’s son shared a photo of himself alongside a pretty girl named Kylie Marshall. However, that photo disappeared from his Instagram since then. In fact, it’s not clear that she features on his account now. So, he possibly broke up with her. However, in April this year, he shared a photo of himself with a dark-haired girl but her face is hidden behind her long hair. Of course, the photo included some spectacular scenery as he enjoys taking really good photos. He probably picked up the hobby when new traveled around Europe at one time.

Robert Garrison Brown also passed on some of his photographic skills to his sister Maddie Brown Brush. In fact, she shared on her Instagram in October last year, that “He graciously gave me a few pointers. Not the same talent level, but I’ll take the photos I can of my cute kids!!” At the time, she also shouted out to TLC fans to check out his night photographs. However, that’s not his only talent. In fact, it seems that Sister Wives star Janelle Brown raised a son with multiple talents.

In late last year, proud mom Janelle shared that Robert Garrison Brown worked hard making her a really nice table. She said in  December, “Garrison is building me a table! There is a long line of carpenters on my dad’s side of the family. Maybe he has picked up that torch.” Oh, and if that’s not enough, he also started constructing his own trailer. At the time, we speculated that he might work at building things. On his Instagram profile, he wrote, “Building Materials.” Another post came that said, “Certified Forklift.”

Robert Garrison Brown started a business in 2019 selling Hawaiian shirts online. It came soon after news broke that he changed his church and no longer attends the same one as his dad, Kody. His mom encouraged Sister Wives fans to check out his shop. However, it looks like the 23-year-old focuses on other things right now. His website for Bobs Floral revealed that he temporarily closed it. However, he intends to re-open it at some stage when he finds a “domestic” manufacturer.

Remember to check back with us often for more news about Janelle’s son, Robert Garrison Brown.