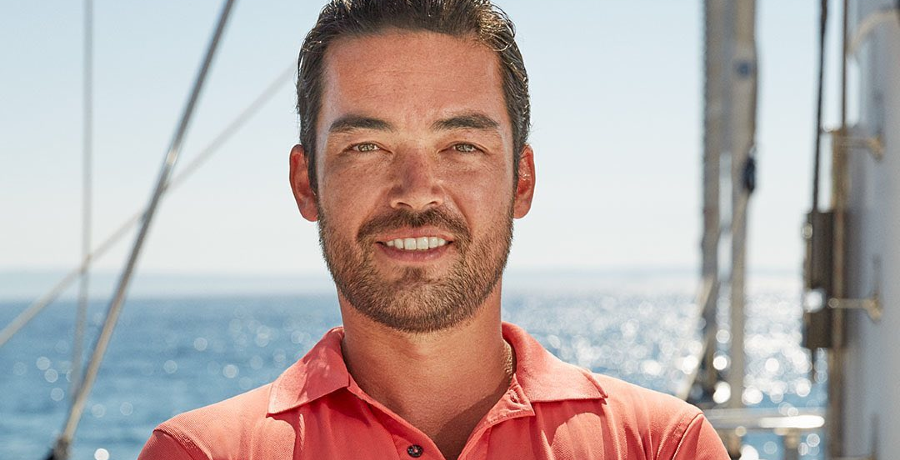 In a new interview, Below Deck Sailing Yacht star Colin Macrae shared his thoughts on working with Captain Glenn Shephard. He also revealed how he really thinks he handled the boat crash. The latest episode shook up fans with not one, but two boat crashes. It was one of the most dramatic episodes in Below Deck history.

Of course, the franchise is not without its share of drama, boatmances, and boat crashes. But fans never got to witness anything like this. They also got to see Captain Glenn lose it and cuss on television. Usually, the cool and collected captain often keeps it together, but when your job is on the line, it can make for a stressful situation.

Does Colin Macrae want to work with Captain Glenn again?

On Saturday, May 28, Colin Macrae shared a photo of himself with Captain Glenn. The two both wore black T-shirts and had an arm around each other. In his lengthy post, the Below Deck Sailing Yacht star explained why the boat collided with the cement dock. He found out that there was a “fairly common malfunction” on the “pitch propellers” of the Parsifal III.

“Nevertheless, hitting the dock will always look bad on the person at the helm, but Glenn has taken this with humility and humbleness, and for this, he has my utmost respect,” Colin continued. “I don’t want to speak for the rest of the crew, but I would bet my bottom dollar that every single one of them would work for him again in a heartbeat, just as I would, which says a lot about the man.”

Colin was impressed with how Glenn ran his sailing yacht. While he’s worked with many captains during his 13-year tenure, he’s never worked with one quite like Glenn. Colin explained that most “captains demand respect, rather than earn it,” whereas Glenn “has so much respect” from his own crew members. Colin commended Glenn for not blaming the crew for the boat crash.

Crew members from Below Deck Sailing Yacht and the Below Deck franchise would love to work for Captain Glenn. He’s the second-most popular captain, with Captain Lee Rosbach at the top. “He is one of the best captains I’ve seen,” Below Deck Med alum Hannah Ferrier commented on Colin’s post. “I would have LOVED the opportunity to work with him – and yourself!!! But it’s great to watch.”