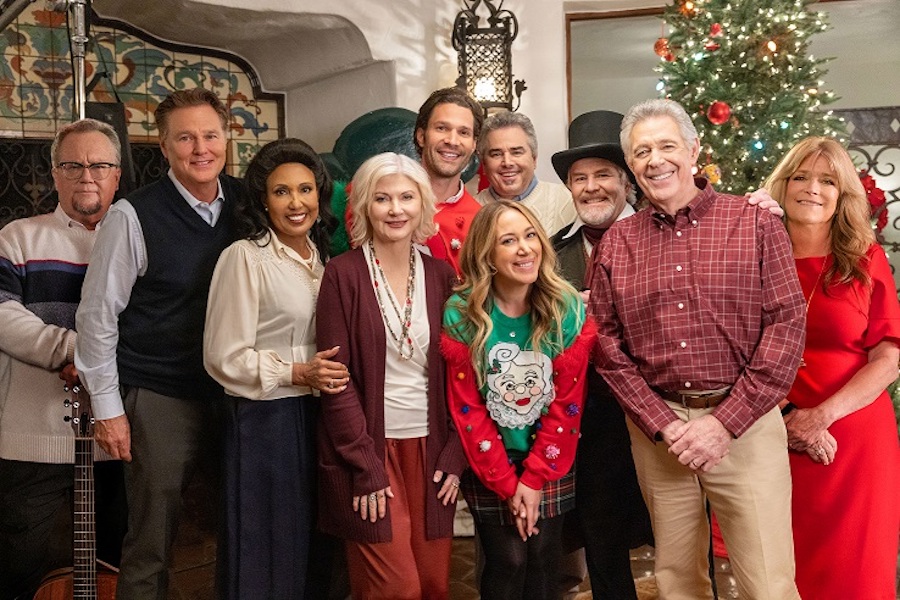 Lifetime, Movies, News
Share on Facebook
Share on Twitter
Share on Pinterest
Share on LinkedIn
Christmas is coming early, as Lifetime has now reunited another cast. This time, several Brady Bunch fan favorites are starring in the upcoming movie Blending Christmas. That is in addition to a couple of High School Musical co-stars in the upcoming A Christmas Dance Reunion.
Moreover, the network has announced It’s a Wonderful Lifetime: Summer of Santas. Ready to get a little holly and jolly?

Lifetime is reuniting several members of The Brady Bunch in the upcoming Blending Christmas. This stars Haylie Duff, Aaron O’Connell, Beth Broderick, Telma Hopkins, Greg Evigan, and former Brady Bunch actors Barry Williams, Christopher Knight, Mike Lookinland, Susan Olsen, Jennifer Elise Cox, and Robbie Rist.
According to The Futon Critic, the holiday season is in full swing when Emma (Duff) learns that the resort where she used to spend Christmases with her family is being redeveloped. Her boyfriend Liam (O’Connell), hatches a plan to bring her to the resort one last time to propose!
He secretly invites both their families to join them and Emma is delighted when she arrives to find the whole family bunch there. Of course, no holiday gathering is complete without drama. That means, soon the families are bickering over every detail!
The added stress from trying to blend the two families eventually takes a toll on Emma and Liam, who start questioning their relationship. Now just days before Christmas, the two families realize that they’re going to have to work together to reunite Emma and Liam!

Who says Santa has nothing to do in the summer? He has some cool surprises to bring the holiday spirit to the sultry month of July. Lifetime launches It’s a Wonderful Lifetime: Summer of Santas offering some of the most beloved Lifetime holiday films all month long. This will include movies on Lifetime’s official YouTube Channel, six on VOD,  and 20 titles on Lifetime’s app LMC. That is a lot of movies!
In addition, Lifetime’s podcast, I Love a Lifetime Movie, will also dedicate a whole new episode to The Christmas Setup with something special. They will have Fran Drescher as the special guest. That should be plenty of holiday fun.